Nyumba Ya Heri is a nursery school run by the Sisters of Our Lady, Canonesses of Saint Augustine, in the Democratic Republic of Congo. Founded in 1956, it is to be found in the Dilala commune of Kolwezi, at number 848 Ikuku Avenue. The children there are aged between 3 and 5, and are organised into 7 classes: 3 first year classes, 2 second and 3 third year.

6 December is the feast of St Nicholas, patron saint or friend of children. That is why each year on that date our school organises a fun event for the children where they receive gifts of sweets and biscuits, with the support of parents, but this year in view of the very busy timetable, we postponed this to 19 December (instead of the 6th) and combined it with the celebration of the end of the first term. 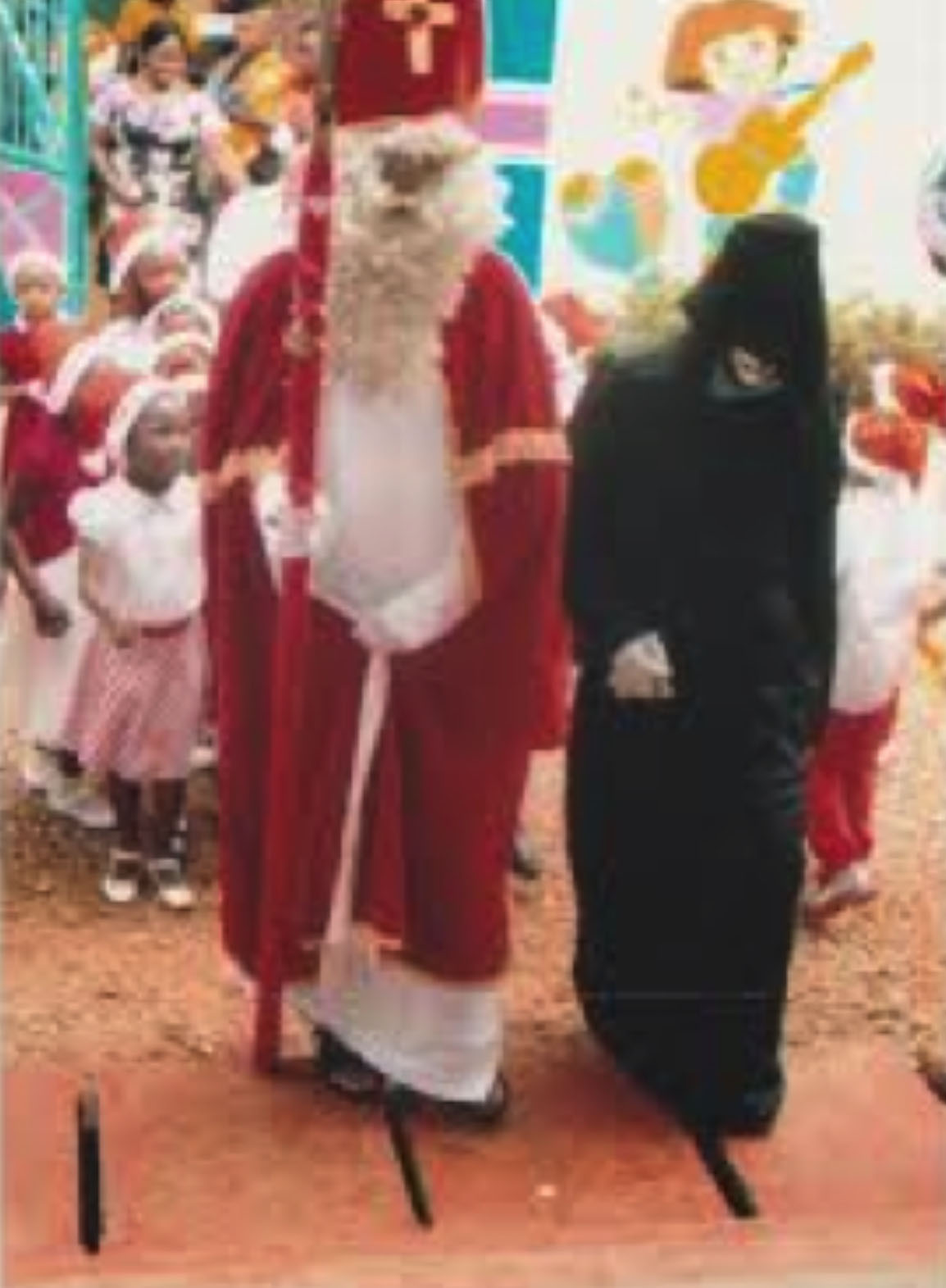 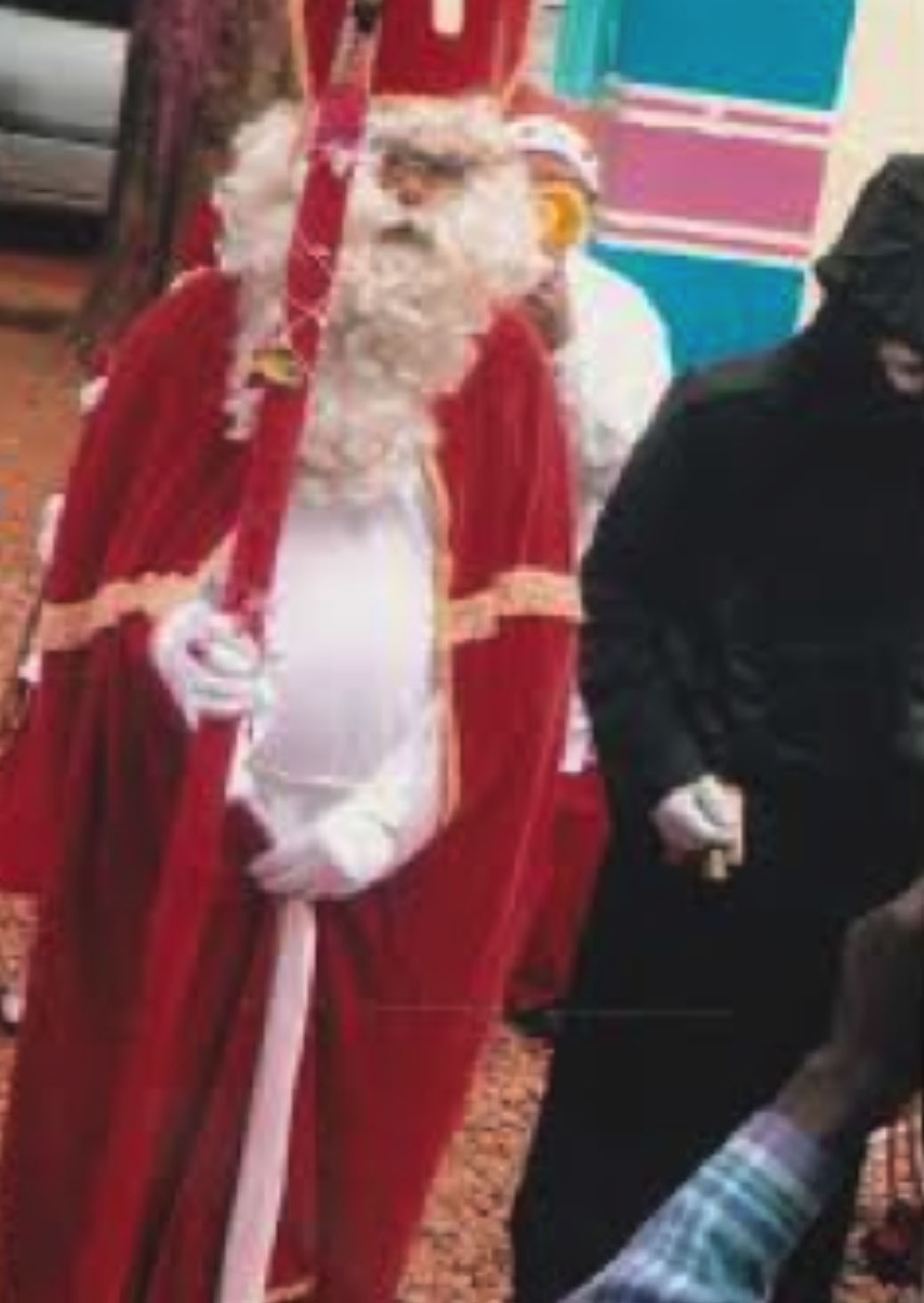 The day began by welcoming parents with their children in the Large Hall of the school. Then, three children welcomed St Nicholas, the first greeting him in French “St Nicolas soyez le bienvenu chez nous”, the second in English “St Nicholas, welcome!” and the third in Swahili “St Nicolas Karidu kwetu”. Then we had singing and dancing. 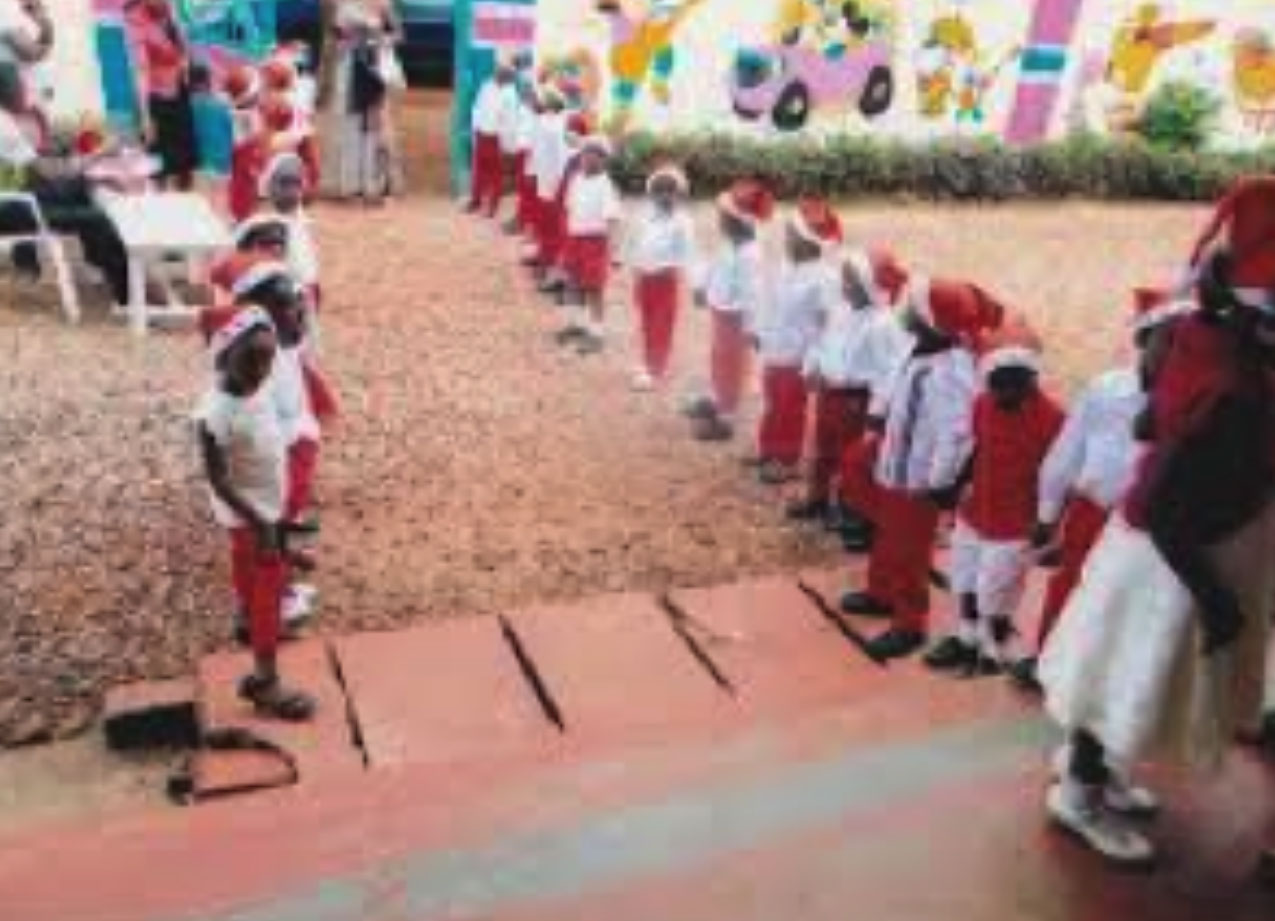 After the welcome, preparations were made for the day’s special programme, beginning with performances of two sketches:
• the first, about St Nicholas, was performed by second-year class B and told the story of three children who were gathering in the fields. In the evening they innocently went to the butcher’s house and asked him to give them shelter for the night as it was late; instead he killed them, chopped them up into little pieces and salted them in a barrel. Seven years later, St Nicholas happened to pass by and called in for the night. He asked the butcher for some of the salted meat he had prepared seven years earlier. At these words the butcher fled. St Nicholas stretched out three fingers over the three sleeping children and they were brought back to life.

• the second sketch performed by the third-year class B was a Christmas scene, recounting the story of the birth of Jesus.

Then it was time for St Nicholas to give out presents to 249 of the … children whose parents had contributed to the cost.

Finally the children’s parents went to their classes to sign their reports. 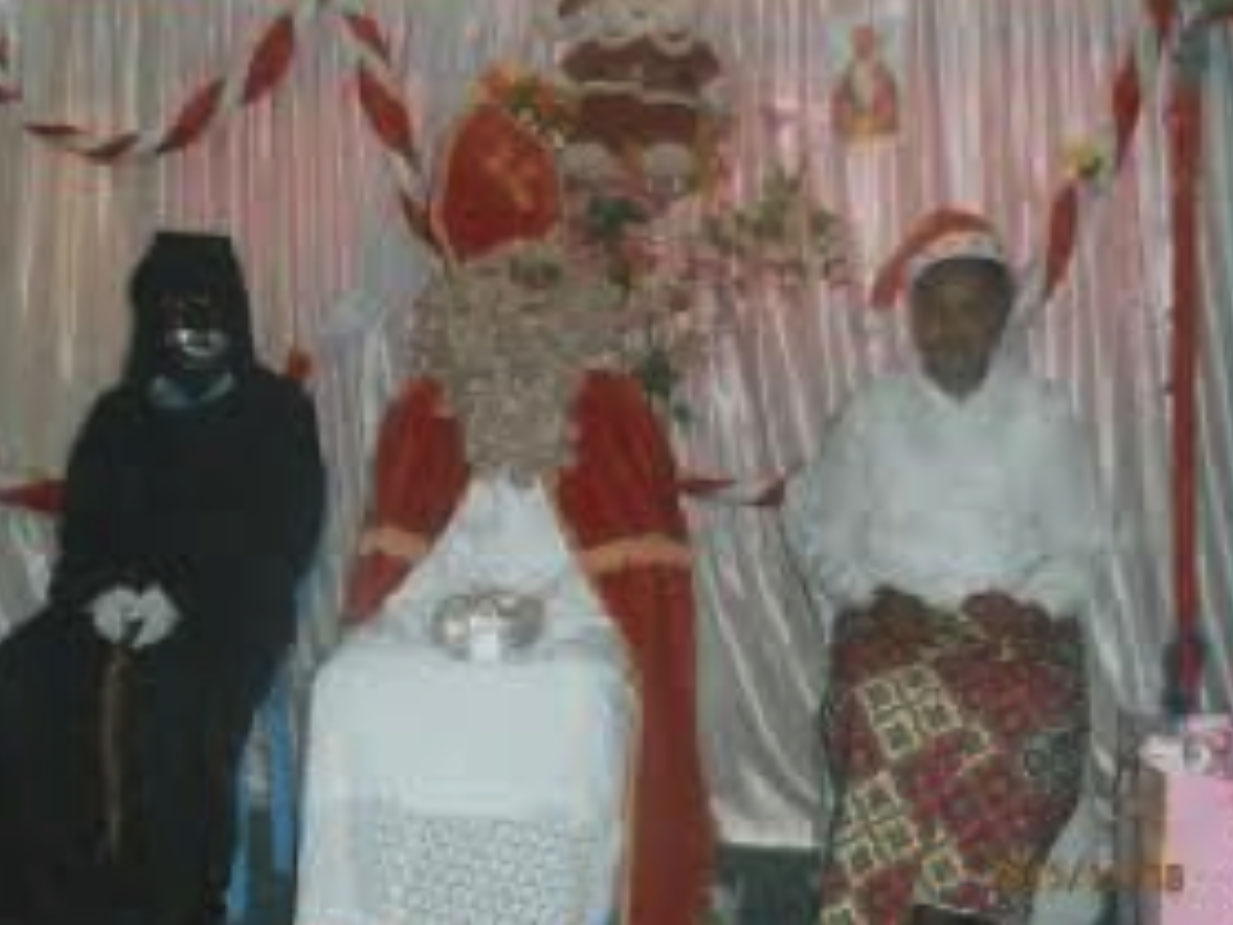