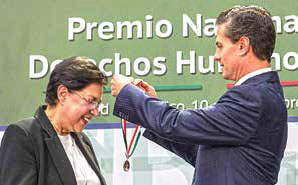 
On 10 December 2015 our Sister Consuelo was awarded the Mexican National Human Rights Prize. Her work with CADHAC (Civil Campaign for Human Rights) has enabled dialogue between victims, civil society and the State to promote the rights of the disappeared. This has been achieved because of the belief she has held for many years, that “Alone, we can do nothing… this requires a joint effort”. This is how CADHAC has succeeded in bringing together victims, civil society and lawyers to bring about the justice that Mexico so needs today.

Crossing cultures ...
live the dimensions of the world :

17 youth schools in France back in Brazil after an experience in the heart of a neighborhood Juazeiro.
To you to read what they are saying!

Our experience in Brazil was incredible and so enriching.

Day by day we grew ever more amazed. 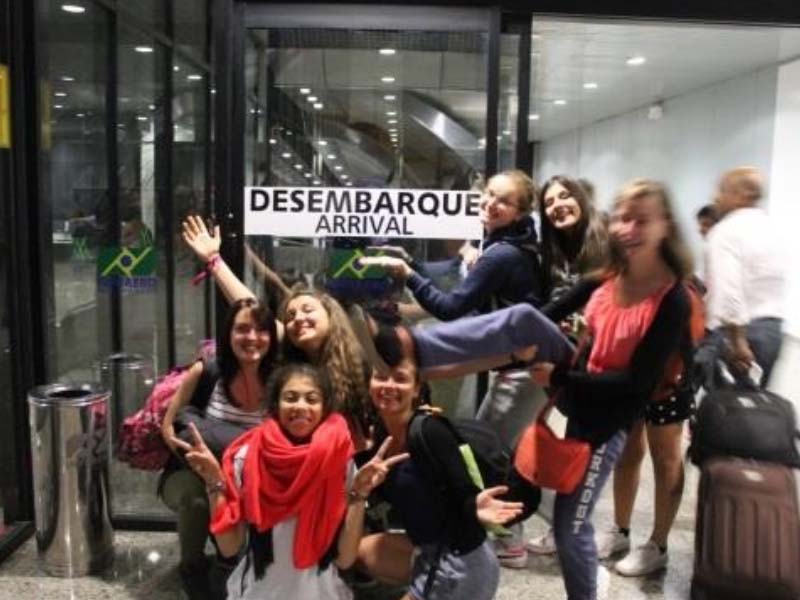 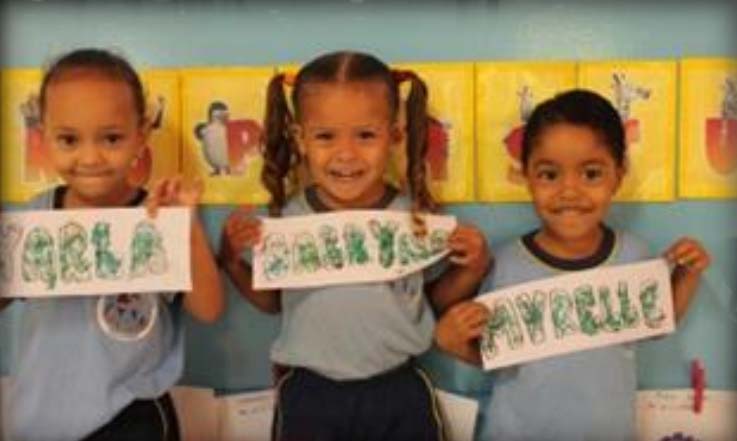 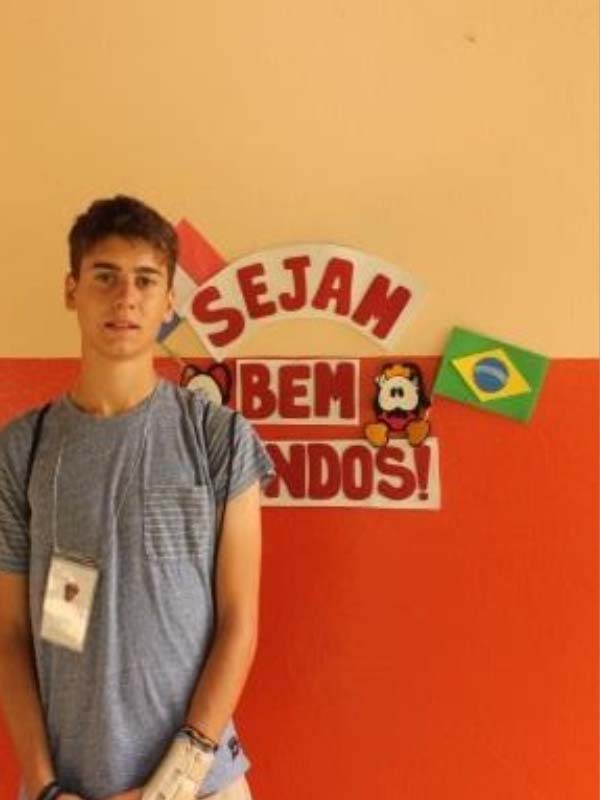 We were very warmly welcomed by the host families, the Sisters of the Congregation and the entire staff of both schools.

Every day we learned from the children of Poço de Jaco and Semeador the true meaning of the words love, joy, patience, imagination, creativity, sharing. 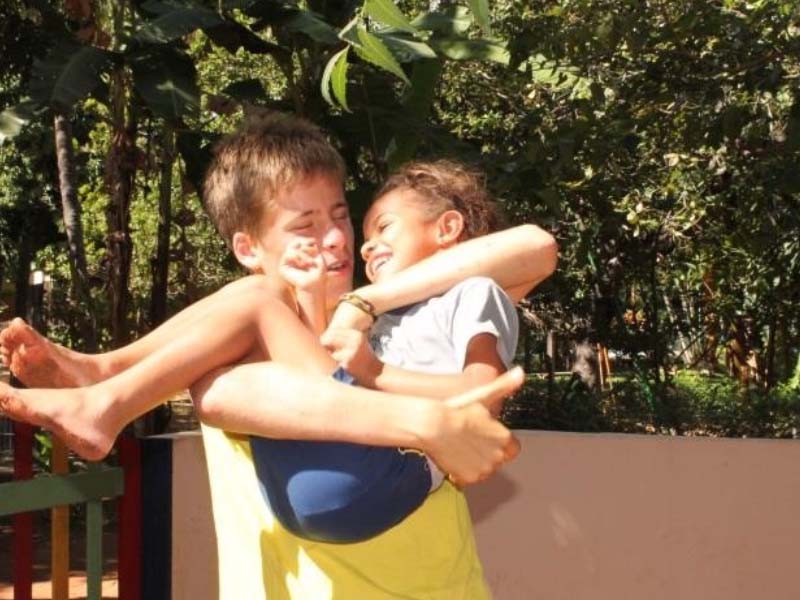 Every evening we got together with the local children and shared laughter, stories, games and music. 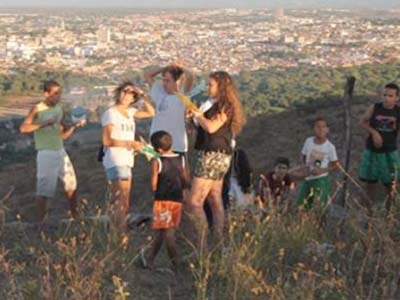 It is just as good spending time together flying kites as playing France-Brazil football matches.

We learned a lot by being with them. This project has allowed us to understand that true wealth, which unites all mankind, is to be found in our hearts.. 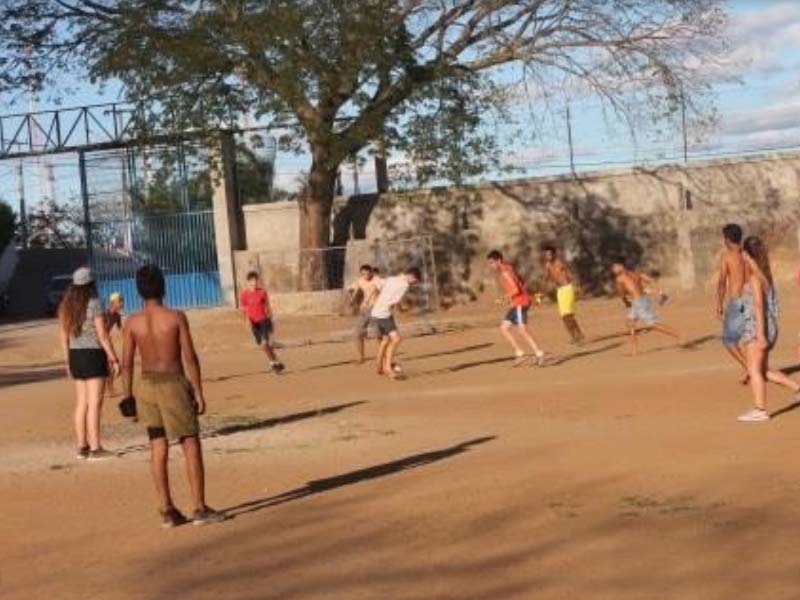 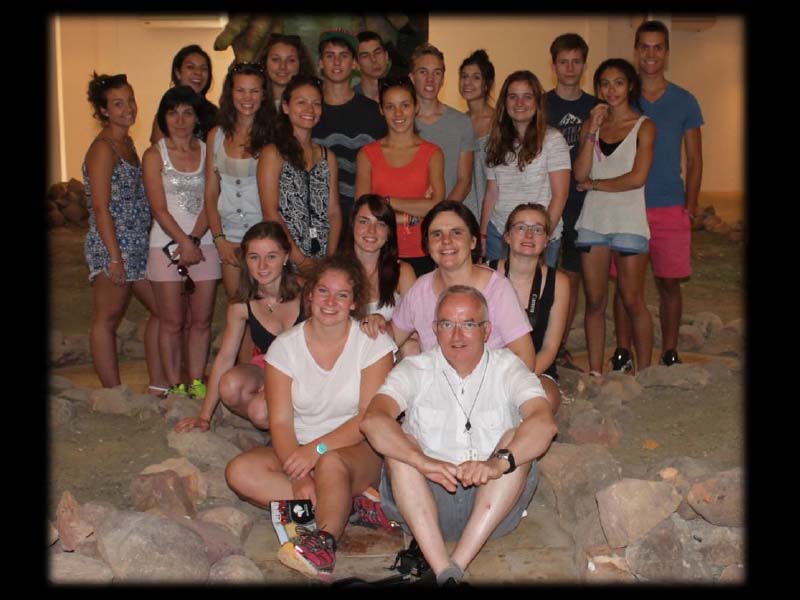 The Sisters of the Congregation are very open-minded and showed us a new way of living our faith by serving others.

NWe returned to France feeling transformed, enriched, more aware of the world around us and with a stronger faith.


• for this wonderful experience which has opened our eyes to the world, 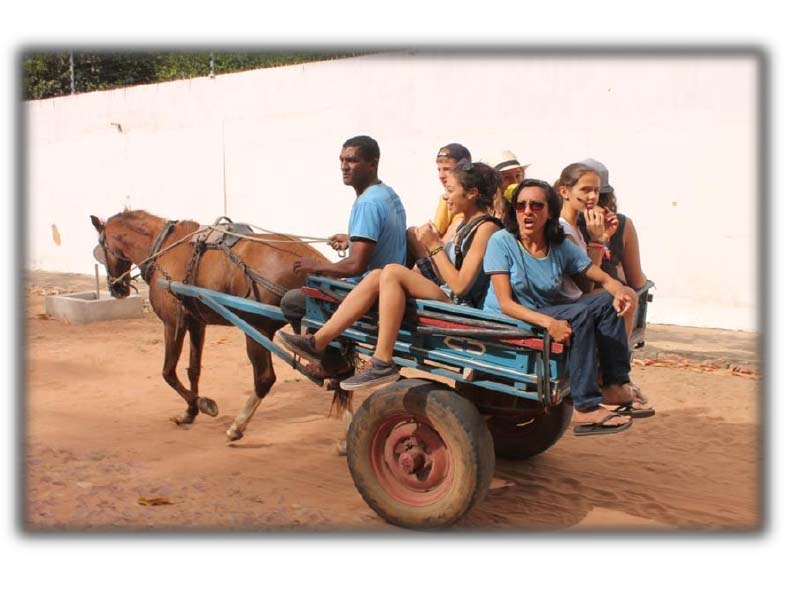 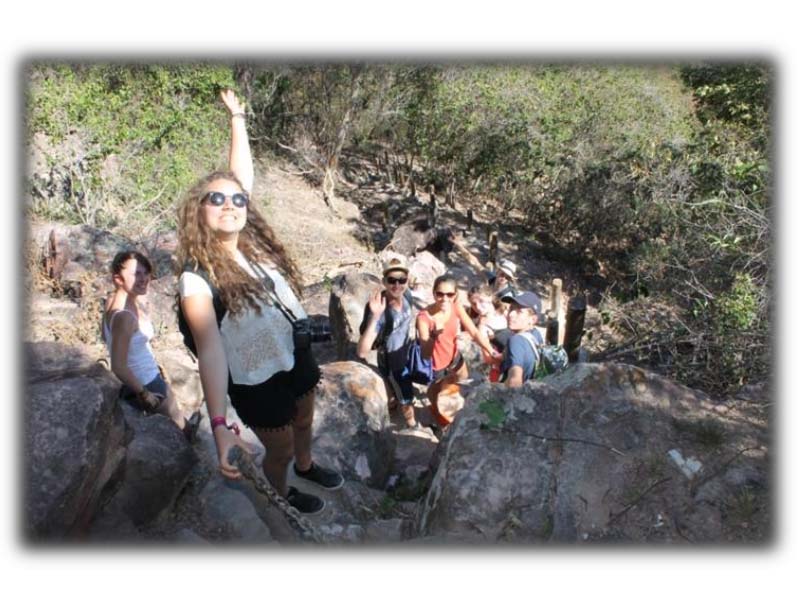 • for the care we were shown, 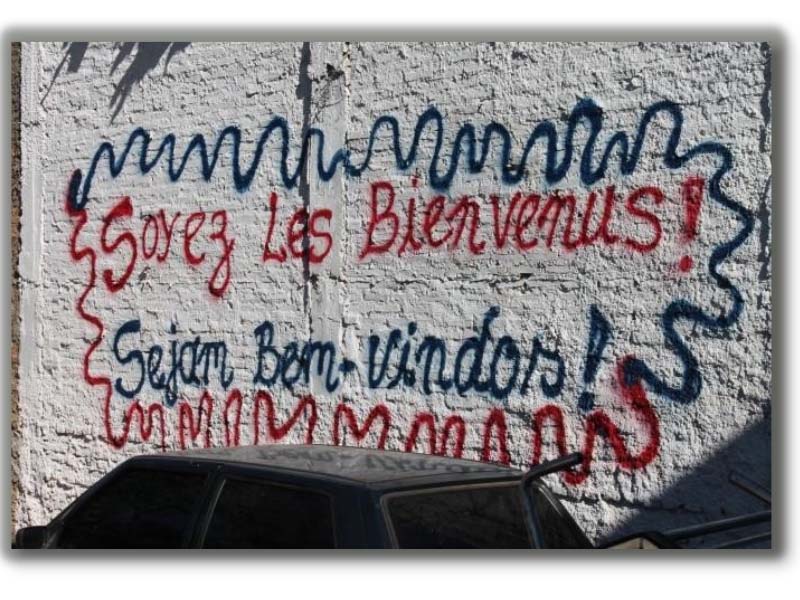 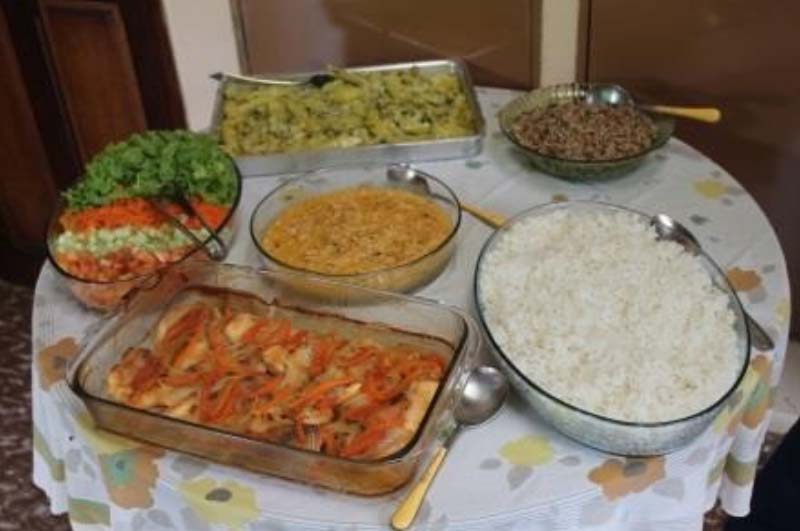 • for the heart-warming openness and joy of the children, 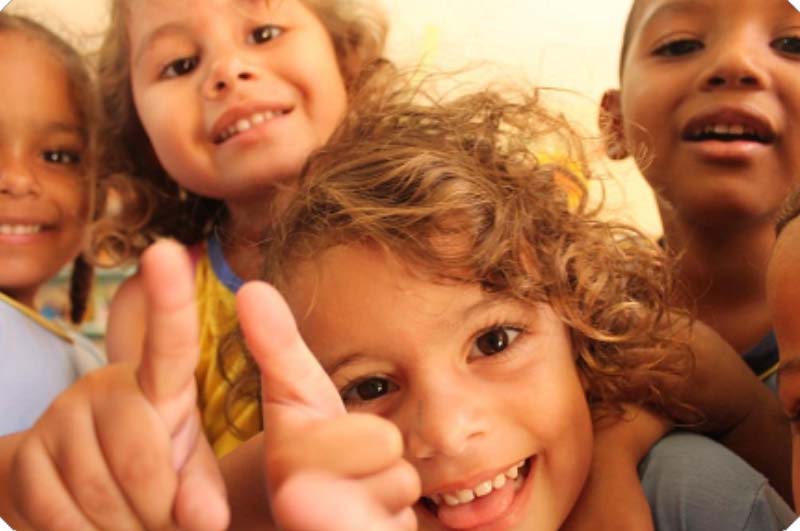 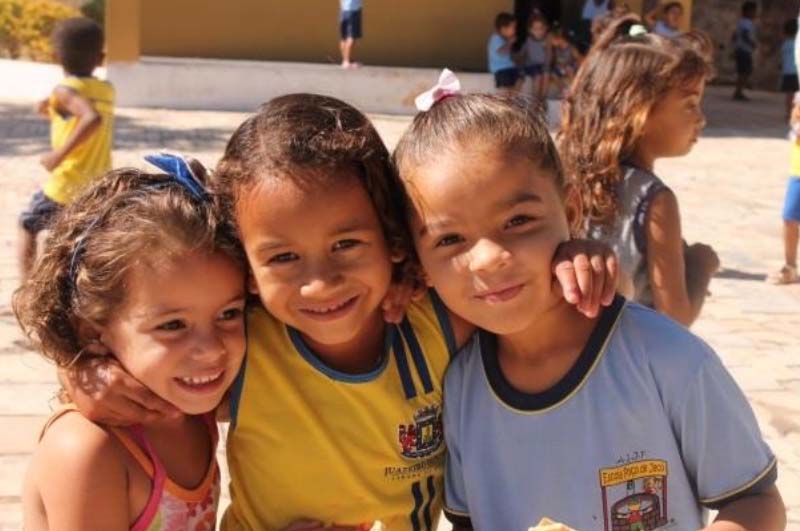 • for the faith which unites and drives us. 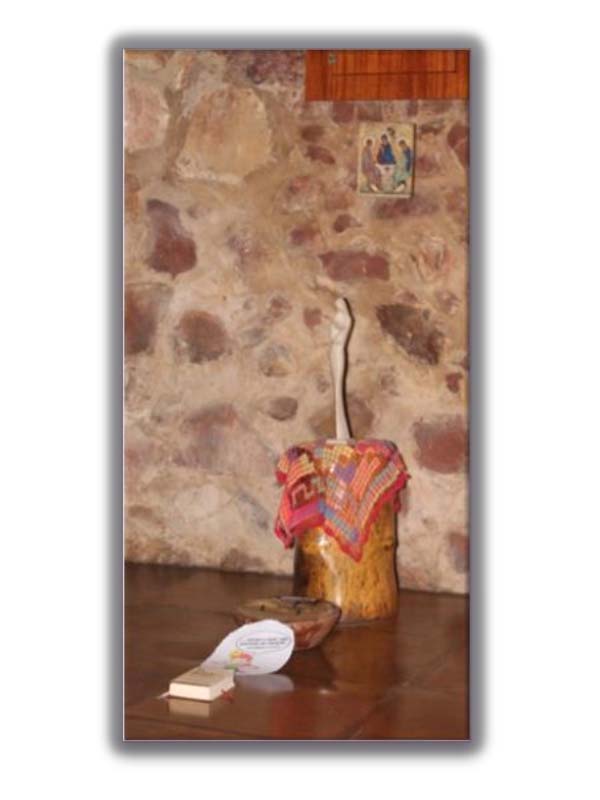 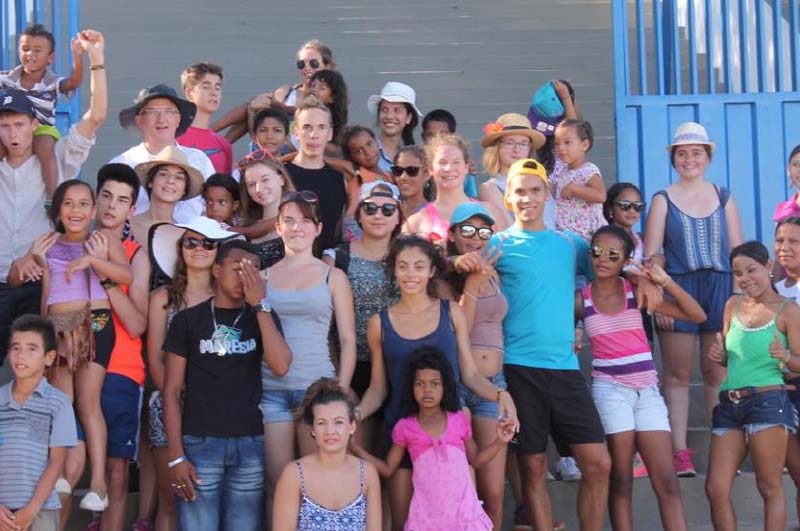 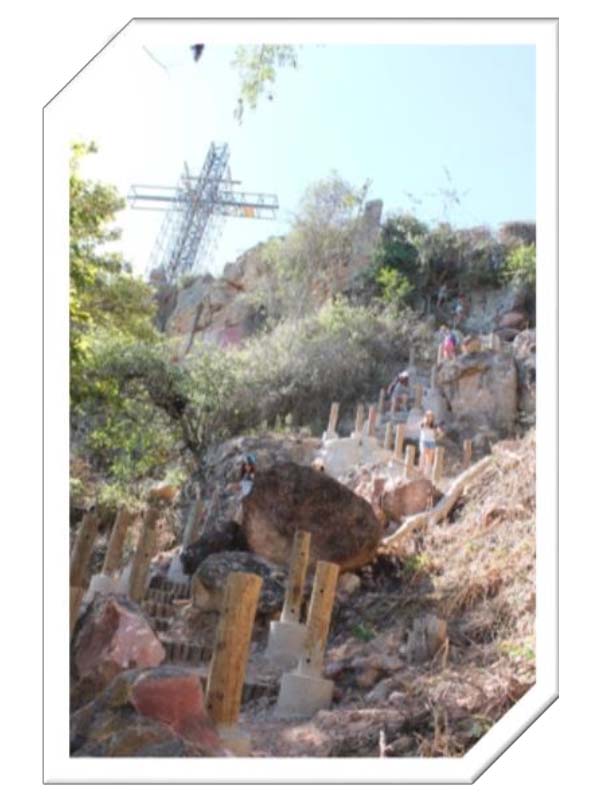 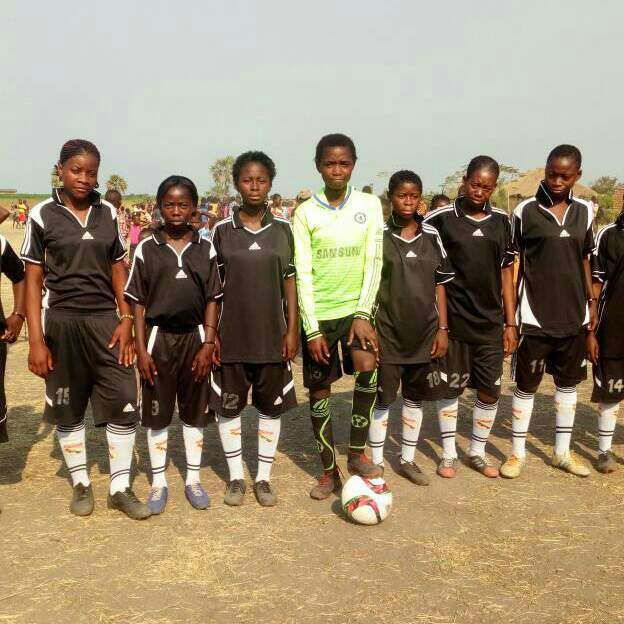 In order to build this new world we want to make people grow, help them stand tall in the spirit of the Congregation of Our Lady. We are educators, and this must be visible in what we do (our schools, etc).

Since education touches on all dimensions of being human, we, at the Saint Anne Community in KINKONDJA, Congo, have found another way to educate and guide our young women through sport, specifically football.
Our team bears the name of Our Lady and was officially established on International Women’s Day, 8 March 2016.

This football team has helped us understand how much our young girls and women needed sport, but also that it is a means of educating young people.
Its motto: “We will go to the ends of the earth; Our Lady will never die.”
To achieve this objective, to go to the ends of the earth, our main concerns are:
- to promote young girls
- to combat child marriage
- to speak of the importance and value of women and especially of young girls, tomorrow’s leaders
- to encourage and support young people in their studies.
For this reason we organise debates and talks on subjects relevant to their age and life. At the moment we have in our team 52 girls aged between 12 and 19. Marie-France BONDO

SONGHAÏ, our long awaited dream, finally came true when we arrived there on 13 January 2018 at 4 pm in PORTO NOVO.

It is a formation centre which takes its name from the once powerful and flourishing 15th century West African Empire. To the members of the Songhaï Centre, this prestigious name represents the pride and hope of a worthy and prosperous Africa. It seeks to restore to Africans the values, attitudes and skills which once were the jewel of this brilliant civilisation. The Songhaï Empire shone through its power of conviction and dialogue.

The idea for this Centre came from Dominican priest GODFREY NZAMUJO, a Nigerian, who pursued all his studies in California. Dissatisfied with the situation of his African brothers, Fr Godfrey Nzamujo decided to change things. He dreamed of an ideal, and created a vision coupled with strong belief. He convinced others to be part of this vision and from this was born an innovative project (cf. his book: “Songhaï – When Africa lifts up its head”, published by CERF Paris 2006).

When it was created in the Republic of Benin in 1985, the Songhaï Centre opened its doors with just a handful of young Beninese school drop-outs (6) and the support of a group of African friends who were both angered by the low standard of development on the African continent and determined to restore to Africa its dignity. 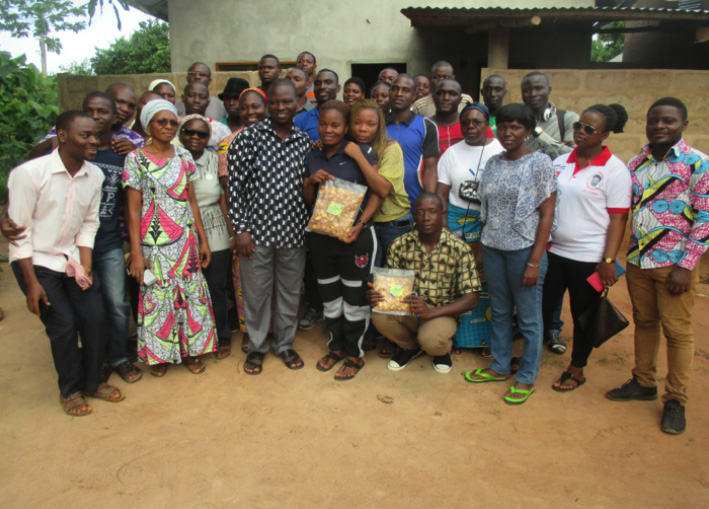 VISIT TO A FARM OWNED BY A FORMER SONHGHAÏ STUDENT 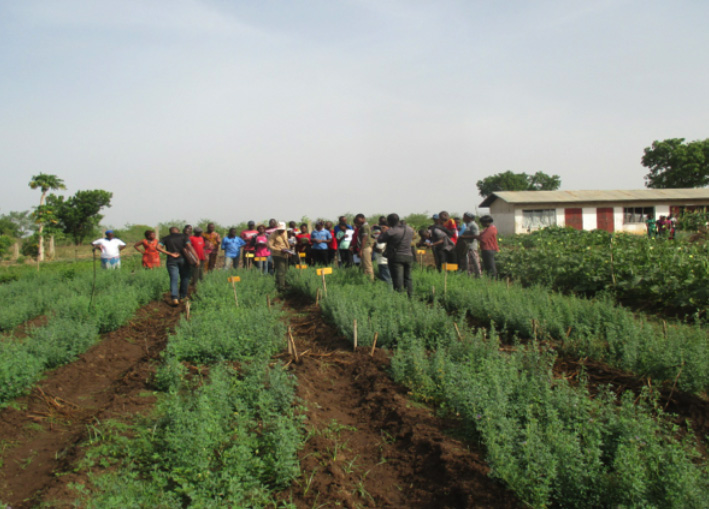 The formation of human capital is at the centre of the integrated system which is Songhaï. In this context, the Centre gives priority to student farmers from Benin for a period of 18 months. It takes in other individual students also or groups from various African countries and from Madagascar to build on and reinforce their skills the Songhaï way.

We ourselves have benefited from a special programme – "SONGHAÏ LEADERSHIP ACADEMY” (SLA) – created by the director and staff. This course aims to form “ambassadors” to recreate the Songhaï model in their African countries to help their local populations take complete control of their situations and work out of poverty and food dependence.

What was our experience?
When we first set foot in the Songhaï Centre and saw the panel showing the integrated system being applied using the chemist Lavoisier’s famous formula “Nothing is lost, nothing created, everything is transformed”, we felt joy at seeing the result of great efforts by an African priest; but we were also afraid that we might not be able to apply all this back in our own country.
As our formation progressed, we told ourselves that our dream too would soon be realised. For this we would need an “activator” who could suggest strategies. When we thought about the areas of land we had not yet made use of at NDL, MUKULA KULU, and at other sites under development, we asked ourselves: how can we increase their value so as to benefit the Vicariate and the Congolese population?
Our projects were chosen in connection with our local concerns: 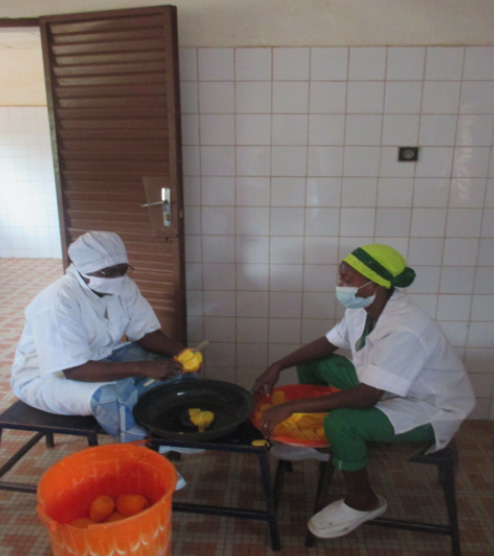 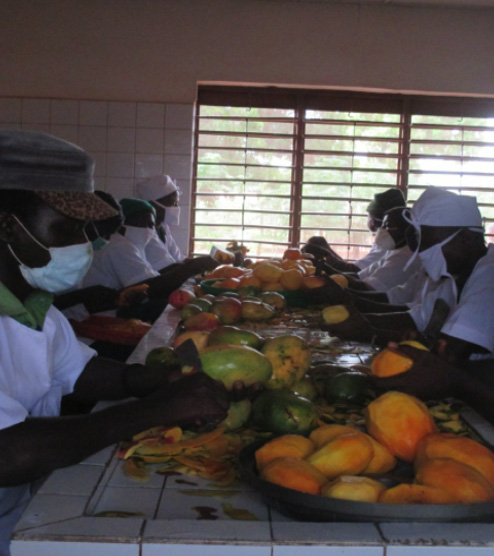 As we conclude this report, we must express our gratitude to you, our Sisters of the Generalate and of the Congo Vicariate, for having given us the opportunity to enjoy this rich and fruitful experience. We would also like to thank Fr Lavigne who recommended us to the “SLA 5th promotion” and to the whole management team for looking after us. 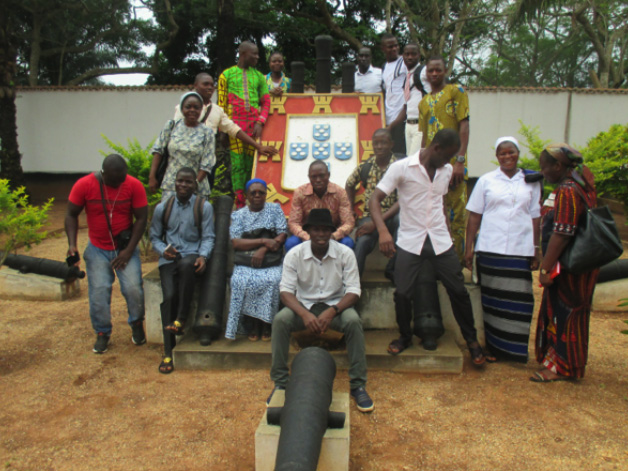 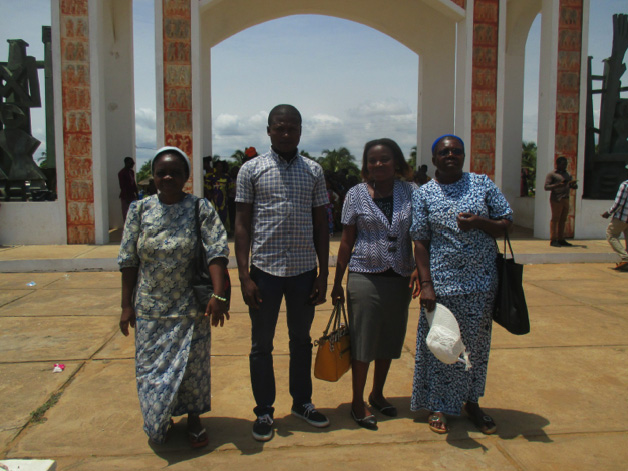 AT THE DOOR OF NO RETURN OF AFRICAN SLAVES