The gospel as a source 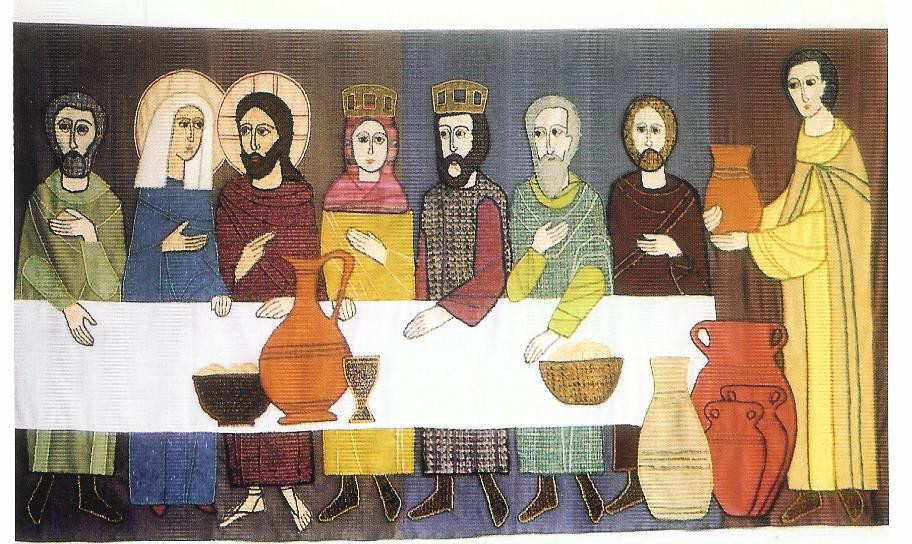 The story of wedding at cana follows the meeting of Jesus

with the first disciples near the Jordan

as he heads for Galilee. 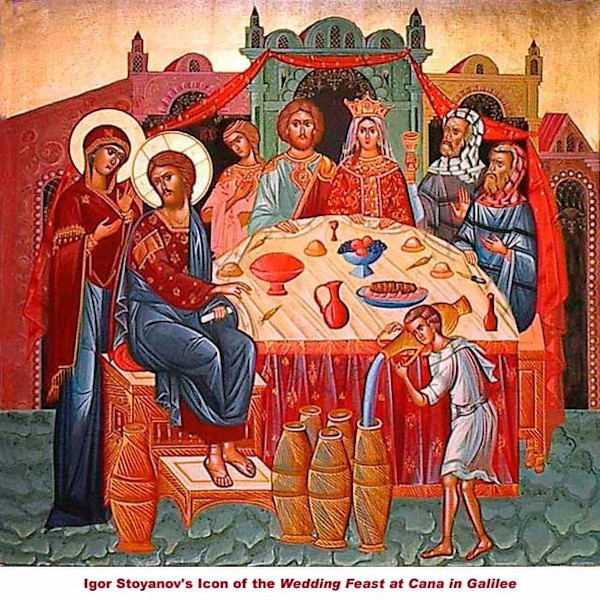 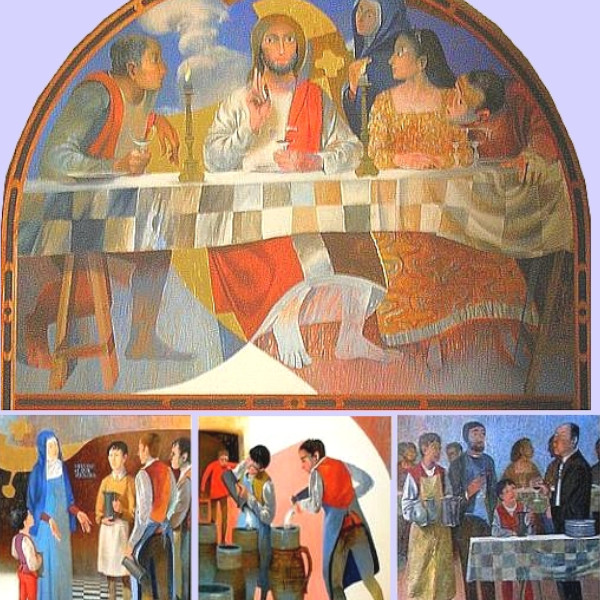 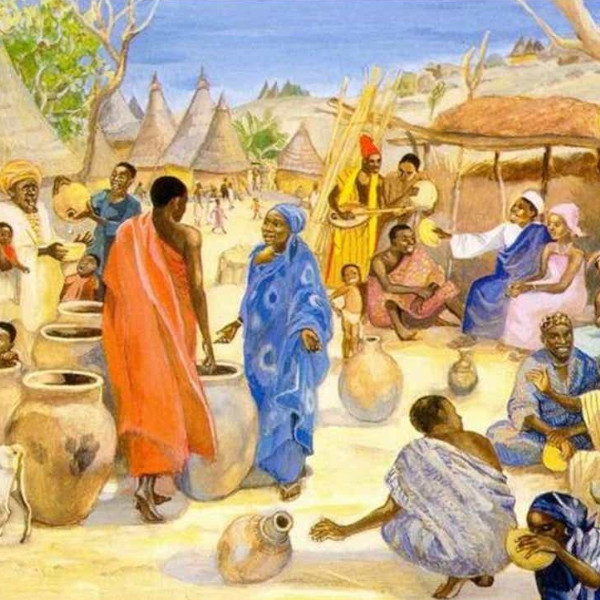 There was a wedding at Cana in Galilee. The mother of Jesus was there. Jesus was also invited to the wedding feast with his disciples.

Now there was a shortage of wine; Jesus' mother said to him: “They have no wine. "Jesus answered her:" Woman, what do you want with me? My time has not yet come. His mother said to the servants:

“Do whatever he tells you. "

Now there were six stone vats there for the ritual ablution of the Jews; each contained about one hundred liters. Jesus said to the servants, “Fill the vats with water. And they filled them to the brim. He said to them, “Now draw some and take it to the master of the meal. They took it to him. The master of the meal tasted the water turned into wine. He did not know where this wine came from, but the servants did, they who had drawn the water. Then the master of the meal calls out to the groom and says to him: "Everyone serves good wine first, and when people have had a good drink, we bring the less good." But you, you've kept the good wine until now. ”

This was the beginning of the signs that Jesus performed. It was at Cana in Galilee. He manifested his glory, and his disciples believed in him.

After that he went down to Capernaum with his mother, his brothers and his disciples and they stayed there for a few days.