In 2020 we received 13 € from schools in France and Belgium, as well as from friends of the Congregation and former pupils around the world. These donations were supplemented from the Congregation’s Common Reserve and allowed us to finance the following projects:

In Kolwezi, Democratic Republic of Congo, 369 € were used to build the new Nursery School for Peter Fourier School at Joli Site; 000 € went towards urgent work on reinforcing Mwanga Boarding House at Notre-Dame de Lumière; 76 € for the toilets at Cité Manika; and 500 € towards training for teachers and school Heads.

In Vietnam, 13 € paid for the drinking water system to be renovated at Viêt Anh à Da Teh School.

Wherever they are around the world, our educational teams, Sisters, lay staff, teaching and non-teaching, thank you for your generosity. 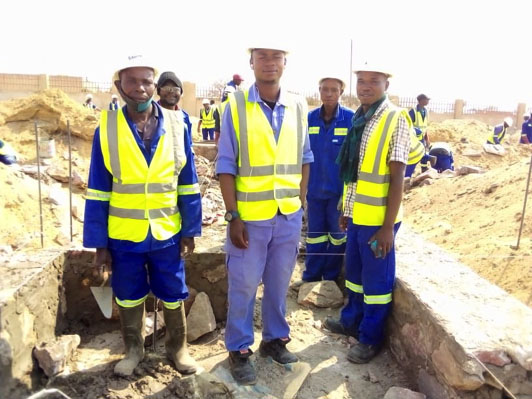 Delayed by the difficulties linked to the pandemic, the construction site for the nursery school began in mid-2020. Under the supervision of the Sisters assisted by a consulting engineer, the company, its technicians and workers, completed the shell of the building which will welcome children at the start of the 2021-2022 school year.

The new building on the ground floor (waiting to receive a floor one day) has 14 rooms including 8 classrooms, as well as a large courtyard of 250 m2.

The Pierre-Fourier school in Joli Site, which opened in 2016, already accommodates nearly 15 students in 700 classes, including 500 in elementary and 200 in nursery school. The new rooms are eagerly awaited in the face of the influx of students from this new and rapidly developing district. The Sisters, who make the daily return trip from the city center 9 km away, are planning the construction, on the school site, of a convent housing a community. A presence that will be turned towards families, with a place of prayer open to all. 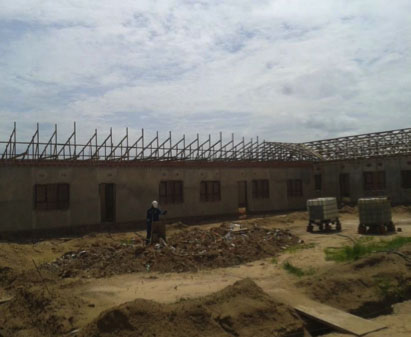