History of the Congrégation Notre-Dame 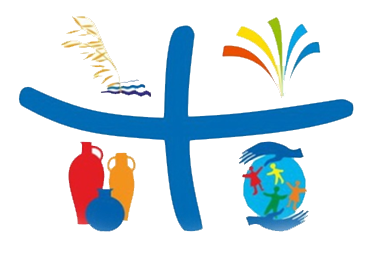 At the end of the XNUMXth century

The universe is expanding, the vision of the world changes, a new look is brought to man.


At the end of the XNUMXth century, in the Duchy of Lorraine, then independent of France, hard times were experienced: corruption of mores, social injustices, misery, endless wars, famines, epidemics, wars of religion, ignorance and moral misery of the clergy and religious, abandoned populations ...

At Christmas 1597, In the church of Mattaincourt, during the midnight mass celebrated by Pierre Fourier, Alix, who is 21 years old, consecrates herself to God with four companions. It is the beginning of the Congregation.


At the end of the XNUMXth century, the education of girls was practically non-existent. Pierre Fourier and Alix Le Clerc, aware of this urgency, want to educate little girls, both poor and rich, free of charge. A revolutionary project at the time!

Their objective: a real promotion of women, with a view to transforming society.

1598: the first free school for girls opens in Poussay. At the same time, Pierre Fourier worked on the drafting of the Constitutions of the new Congregation. In 1616, he obtained his approval from Rome. In 1628, the sisters of the Congregation of Notre-Dame took the name of Chanoinesses de Saint-Augustin, to be recognized as apostolic life.


Less than a century later

80 houses, in Lorraine, in France and in some neighboring countries! Around each school a monastery opens. The sisters live there in community, held to the strict rules which then manage the convents of women.

Each monastery is autonomous but all live in great union, supporting each other in need, and living a true mutual aid.

In the eddies of history

Despite the hardships: wars, persecutions ... the nuns, dispersed on several occasions, took refuge in other countries where they continued their mission through the work of education.


At the beginning of the 20th Century

Some monasteries are federated, others are formed into Unions. In 1963, the houses of the two great Unions made only one, the current Congrégation Notre-Dame.

Openness to the world, requested by the Council, leads the Congregation to seek new responses, adapted to the places where it is present and to the needs of the people concerned. Small communities are swarming everywhere, and religious life is modified in its form.

Faithful to the intuitions of their origin, the sisters of the Congrégation Notre Dame try to respond to the emergencies of their time.

The poor, the oppressed, the underprivileged primarily hold their attention. Wherever they are, they seek to work for the development and growth of the person, through education and training, at all levels, depending on the country. By what means ?

- commitment to the poor.

Sent by the Congregation, they live together in "fraternity".

- the mission of each and the group

The unity of the sisters among themselves, reflection and discernment of projects are guaranteed:

- in each country, by a team of sisters elected for this service,

- at the international level, by a team elected for 6 years by the General Chapter, at the service of the whole Congregation.

Whether in their fraternal life group, at the level of their country or at the international level, all the sisters are responsible for the unity of the Congregation and the paths to follow. It is together that they participate, as much as possible, in the development of decisions.