The Congrégation Notre-Dame in the Democratic Republic of Congo. 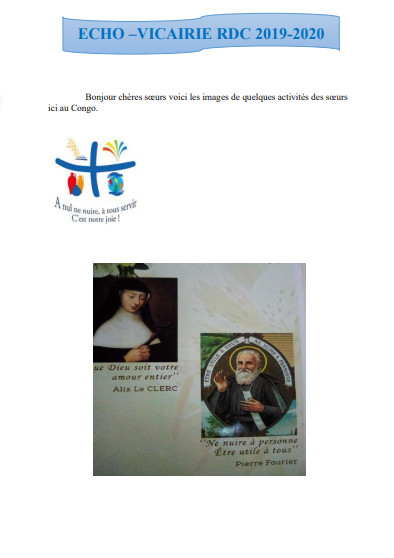 The pride and hope of a dignified and prosperous Africa

The pride and hope of a worthy and prosperous Africa Sharing of Evelyne and Marie-Judith who ...
Read more...

PRIDE & HOPE IN AN AFRICA THAT IS UPRIGHT & PROSPEROUS Report from Evelyne and Marie-Judith as ...
Read more...

The World Cup goes through the Congo!

THE WORLD CUP COMES TO CONGO! "For a new world, go, make him grow" In order to build this new ...
Read more...

Educate: a treasure is hidden inside 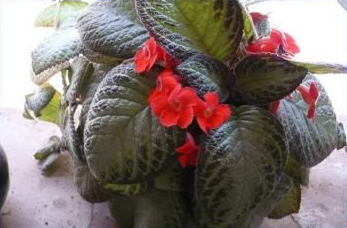 The Democratic Republic of Congo :
One of the largest countries on the African continent:
• Country marked by great poverty (80% of the population lives below the poverty line).
• The standard of living does not match its immense natural resources. 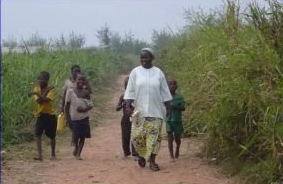 In the Democratic Republic of Congo

Wages and social benefits are derisory across the country.

For more than 10 years, the state no longer supports education. Parents must pay for their children's schooling.

The management of the country remains marked by corruption, lies, cheating, theft and many other evils.


Our educational responsibility takes the form of: 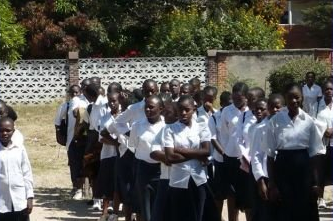 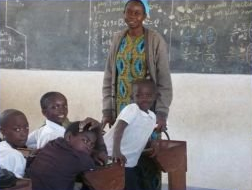 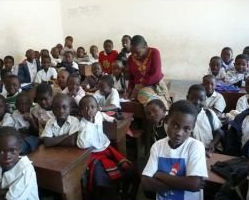 School is the top priority.

The value and importance of intellectual training. 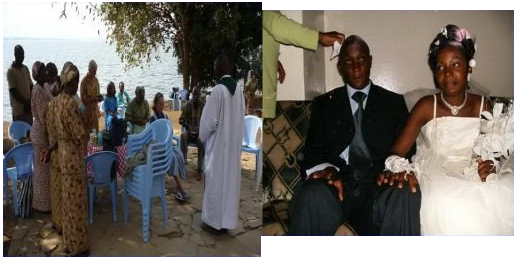 Meeting of Christians in grassroots communities:

Meeting of women in rural areas: 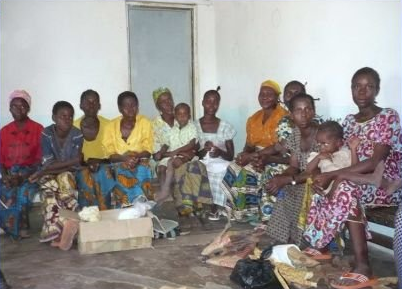 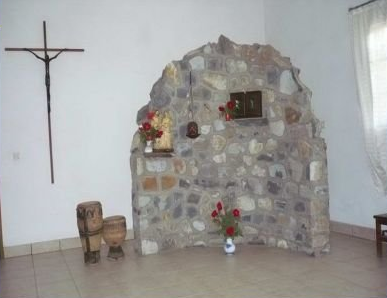 In collaboration with the partners: 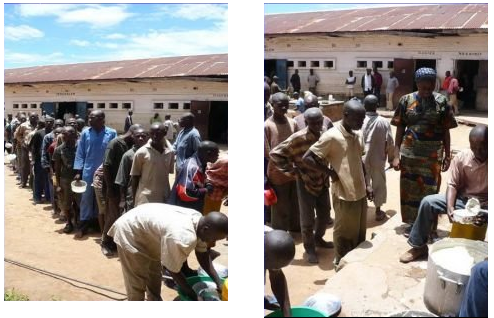 At the service of life: 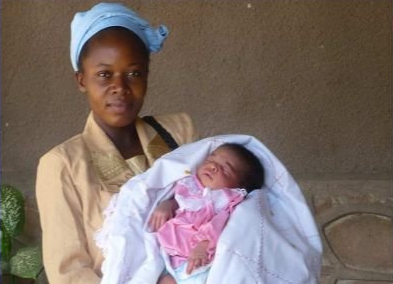 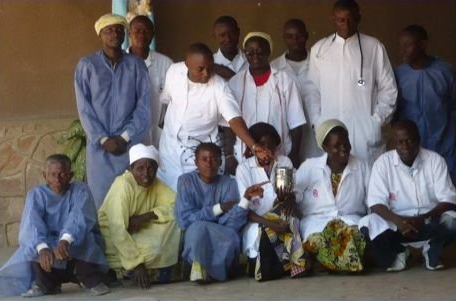 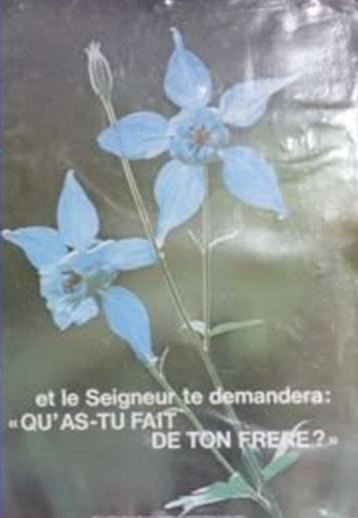 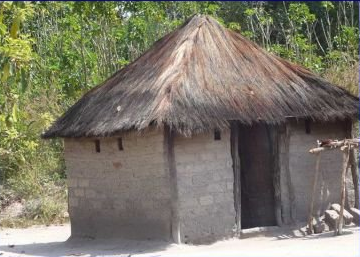 To be a woman in the world and in the Church 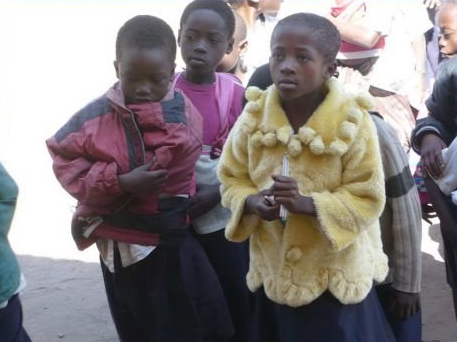 A land to work, a country to consecrate 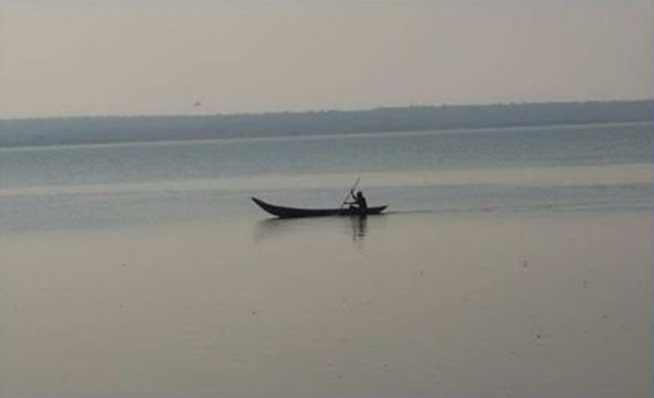 I refuse to believe that the present circumstances make men incapable of making a better earth.

I refuse to share the opinion of those who claim that man is so captive in the night that the dawn of peace and brotherhood can never become a reality.

I believe that truth and unconditional love will have the last word indeed.
Life, even temporarily conquered, always remains stronger than death.

I firmly believe that there is still hope for a bright morning.


Little souls without equal, I love you as much as nothing more.

Clinical psychologist, founder of the AAP in 2010, Fidélie seeks to develop actions with her team to promote the psychological well-being of adults and children.

Our activity at the AAP (Association d'Accueil et Aide Psychologiques) is deployed in three sectors:

At MWANGA PRIMARY SCHOOL we offer the following services:

Mwanga Primary School appreciates and encourages the offer of our services and practices. 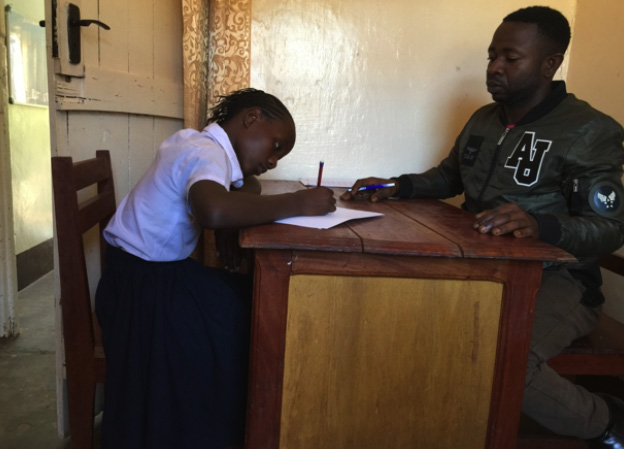 AT THE FACULTY OF PSYCHOLOGY OF THE UNIVERSITY OF KOLWEZI 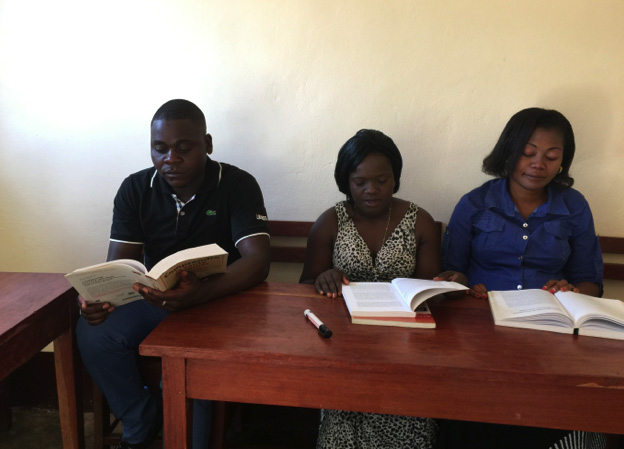 WITH THE LOCAL POPULATION OF THE CITY OF KOLWEZI

The AAP continues to provide psychological assistance services to people (men, women and children) on demand. We are working particularly at this moment with vulnerable children (street children, orphans and abandoned children) in the MAISON KWETU reception home to help them improve through better self-knowledge, to stabilize the improvements made by a psychological support, and to improve social interactions. 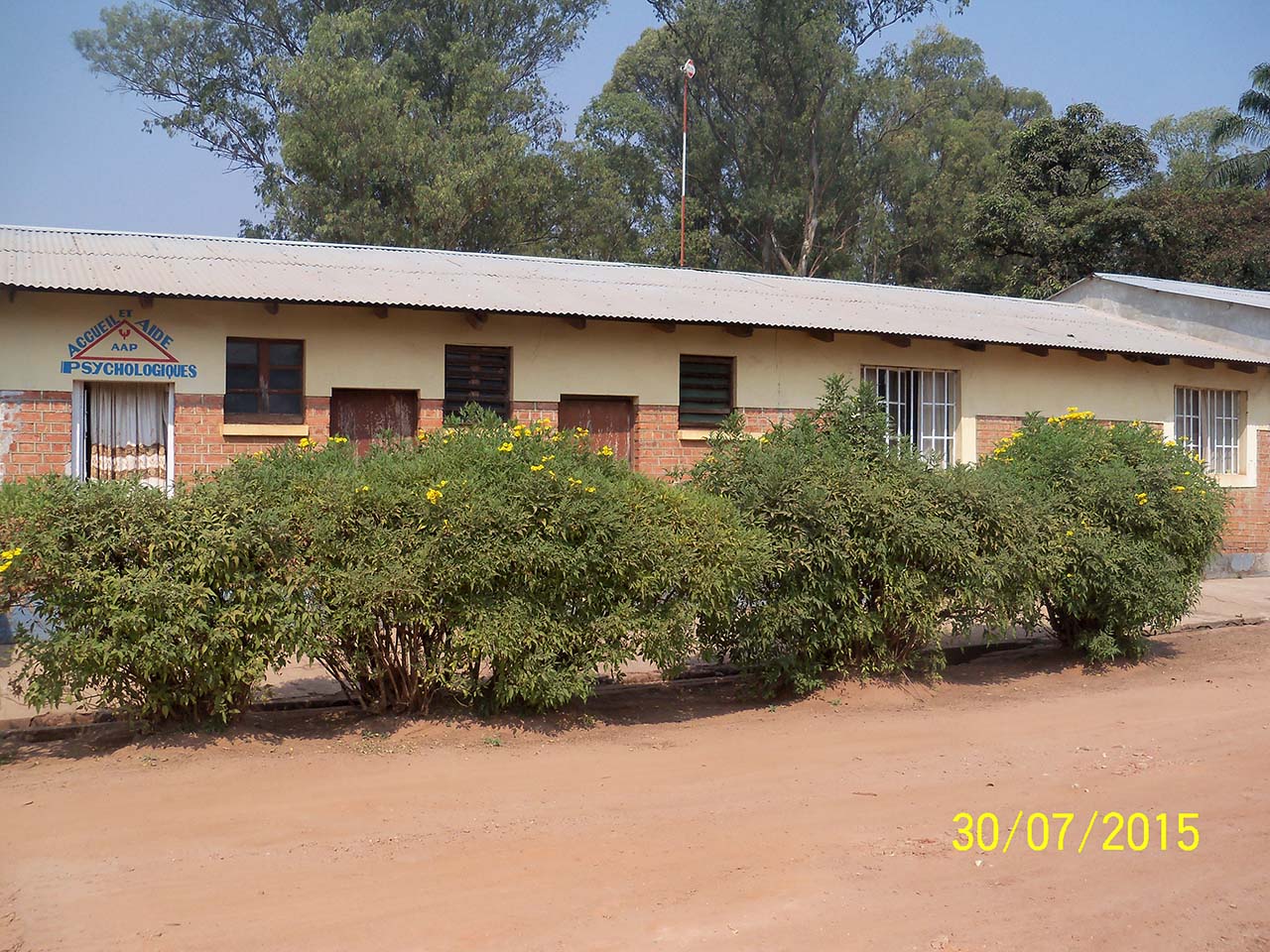 In conclusion, we seek to develop the psycho-social well-being of all people in a situation of psychological ill-being. The training received in Cameroon has enabled me to acquire the tools to listen to the unconscious, better serve patients and students… and allow collaborators to strengthen their capacities in this area.


"THE PSYCHOLOGICAL WELL-BEING OF THESE BROTHERS, SISTERS, MOTHERS, FATHERS AND CHILDREN REMAINS OUR CONCERN"

“Treat the sick and save his life”; SAINT ANNE'S MISSION IN KINKONDJA 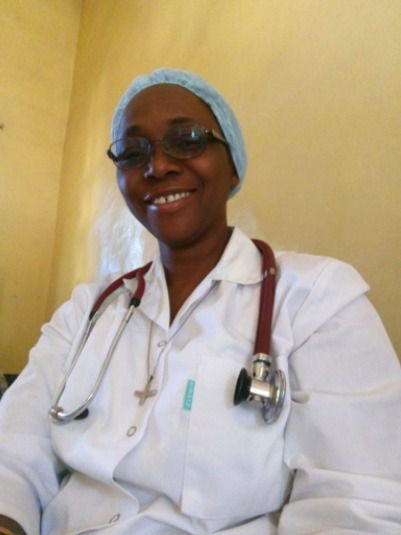 Five of the six sisters of the Saint Anne community of Kinkondja work at the hospital.
This hospital, built by the Congregation more than 5 years ago, functions as a private institution integrated into the National Health Program; it covers a Health Zone of 262.270 inhabitants and offers basic services, namely internal medicine, pediatrics, surgery, gynecology-obstetrics, as well as L / TBC, HIV / AIDS, UNTI, PF ...

The local population makes a living from fishing and farming for a small minority. Very poor and living in a fluvio-lacustrine environment, it is prone to water-borne diseases (cholera, typhoid fever, bilharzia, etc.) as well as to other serious diseases such as malaria, tuberculosis, HIV / AIDS…
Without a social security organization, the population does not have the means to support themselves.
The sisters are dealing with patients arriving in critical condition, unable to pay for their medical care. Some cannot even pay in kind and have nothing to pledge.

It is a challenge: the sisters and the staff (doctor, administrator, accountant…) must first take care of the patient and save his life; finding the financial means will come later.
This situation exposes the hospital to the risk of seeing its pharmaceutical depot empty, without being able to renew the stocks of drugs and even less of medical equipment. 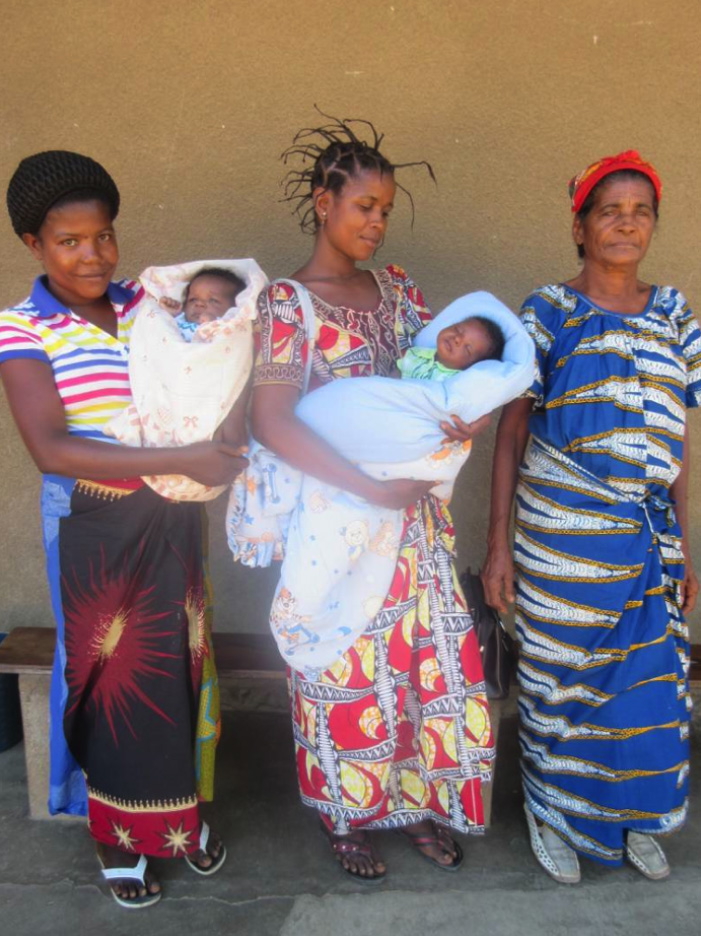 In recent months, the Congolese government has signed a contract funded by international organizations to support hospitals. This Performance Based Financing (PBF) system promotes the management autonomy of structures on condition of improving the quality of services for patients. It aims to promote the population's accessibility to medical care by requiring reduced and flat-rate pricing, negotiated with representatives of the population.
At the end of each quarter, teams come to assess the quality of care and the quantity of services. Then there is the purchase of services that will be appreciated in order to pay the agents, renew the stock of drugs and improve the functioning of the structure. 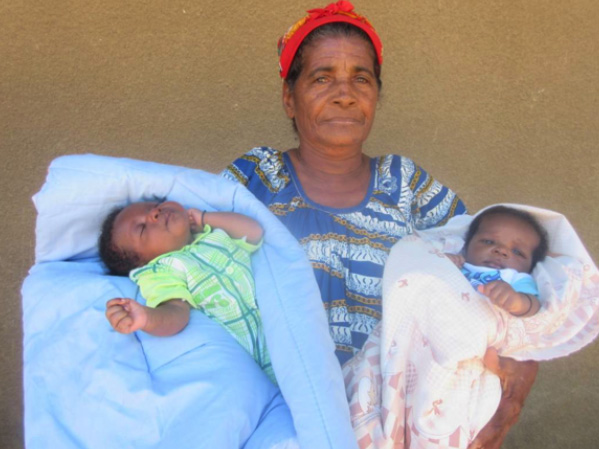 We are only at the beginning and we have not yet tasted the benefits of the system due to a delayed start.
The challenge is also great for the community: each of us tries to do our best to comply with administrative and medical standards, according to the minimum that we can offer the population as a rural hospital.

As sisters of Notre Dame, our vocation as educators pushes us to implement our charism wherever we are. In our hospital, we do this by supervising young doctors who ask to spend time with us to improve their skills after their university studies.
We also train nurses and other staff during daily morning meetings, through ad hoc training sessions and through awareness-raising operations for the population on family planning, hygiene, communicable diseases especially STIs (sexually transmitted infections). … We are delighted with the work that the community is doing in the midst of this population, yet faced with many difficulties. We are counting very much on the activation of the PBF system if we obtain the grace of peace in our country. 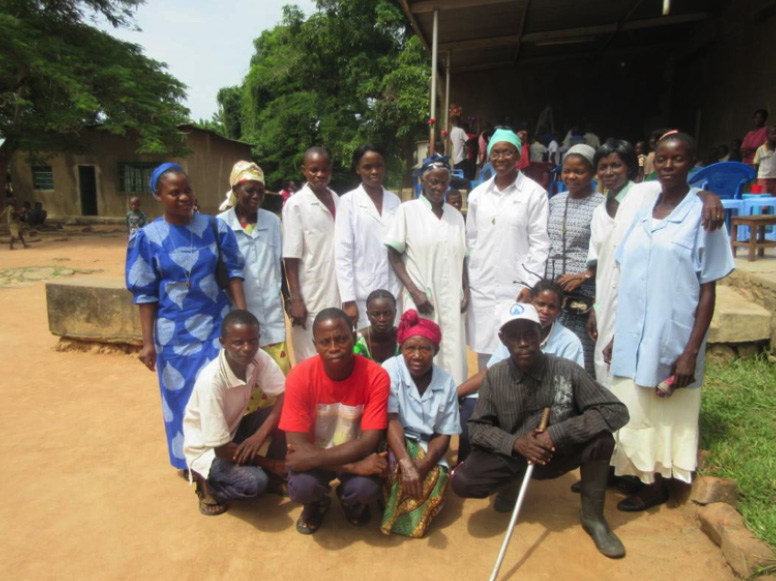