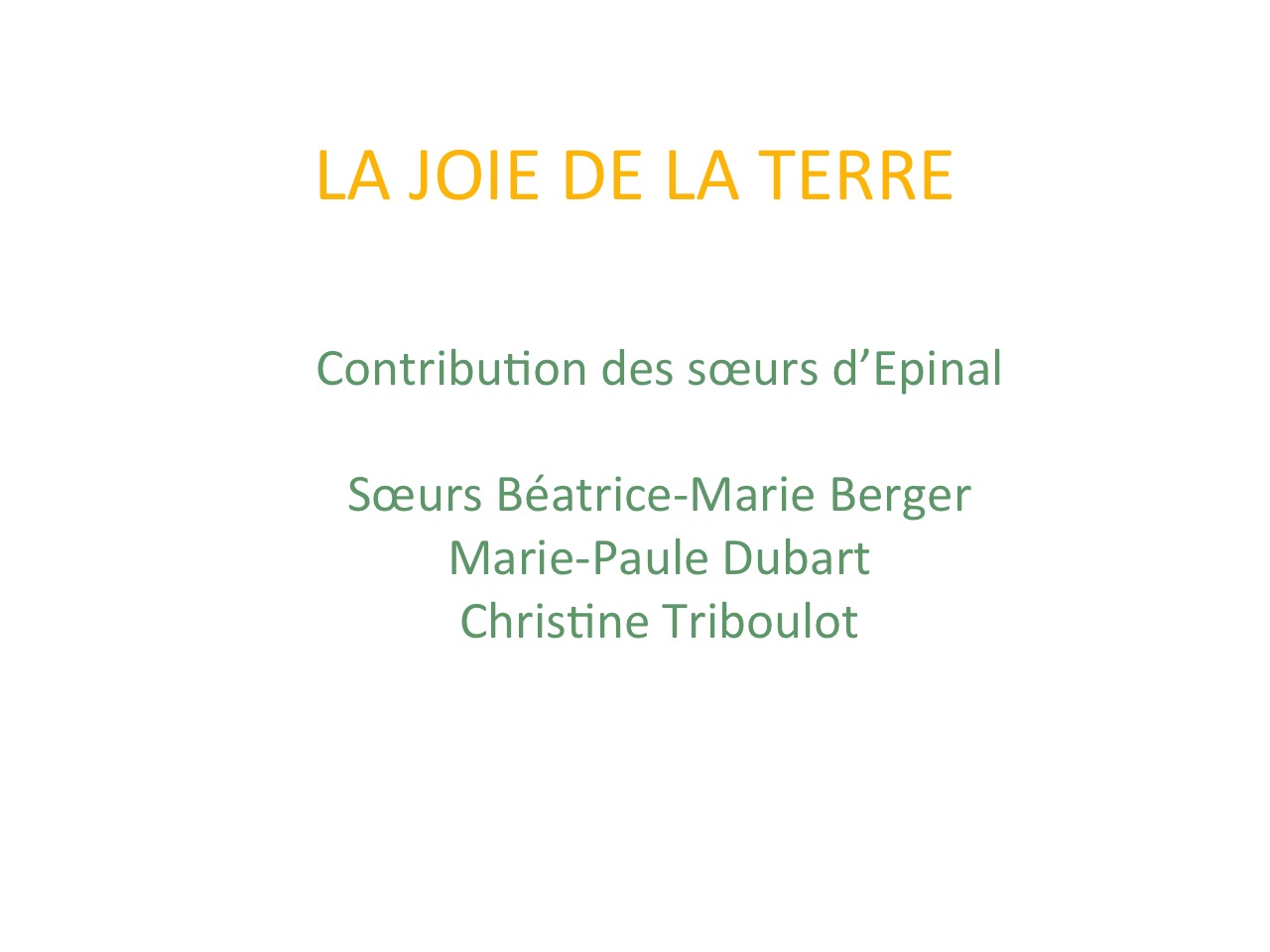 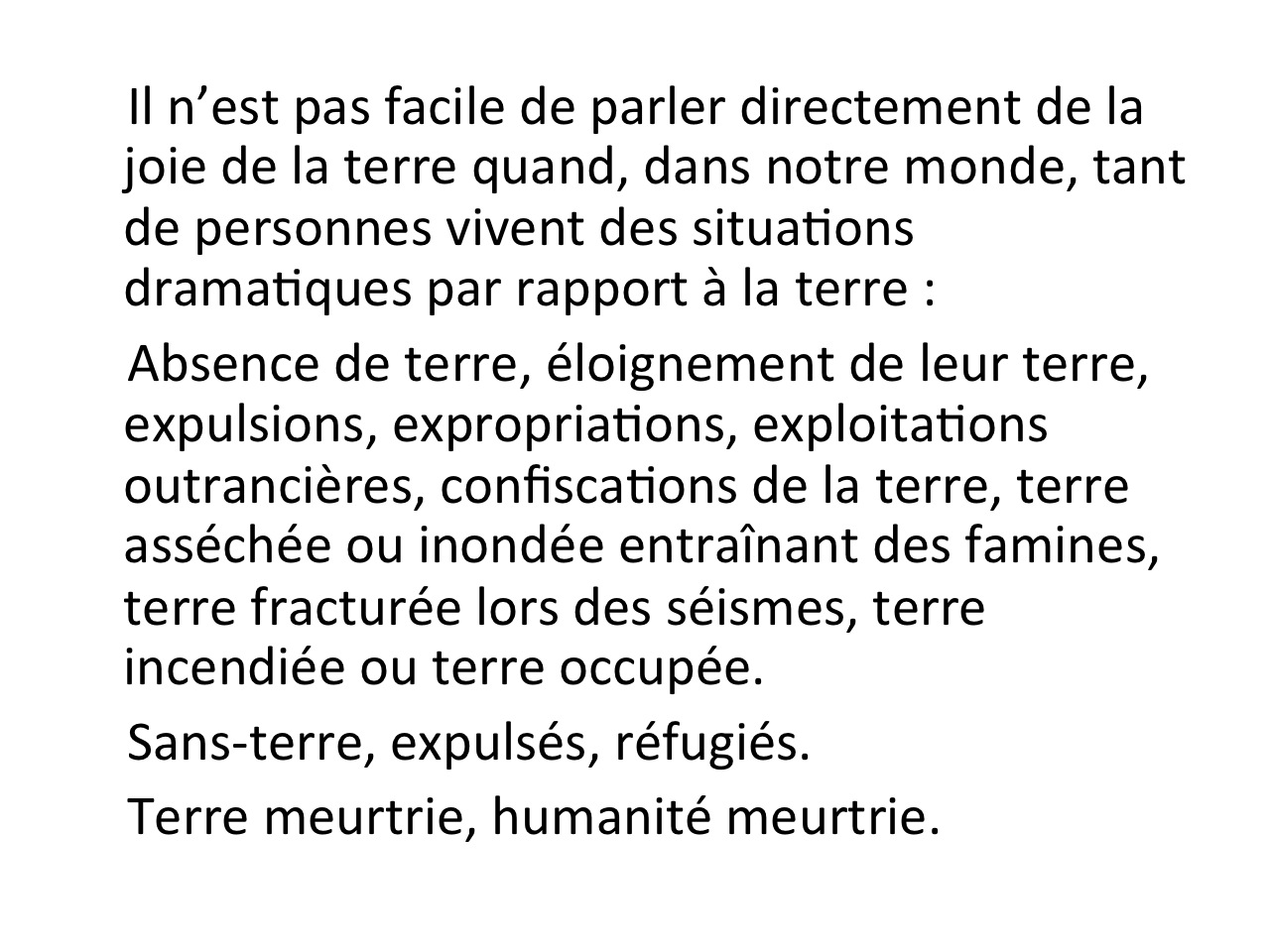 It’s not easy to speak about the Joy of the Earth when so many are faced with life-threatening situations that are intrinsically bound up with the whole question of land: a lack of land, peoples exiled and exiled from their land, land that is appropriated, land over-exploited, confiscated, land land that has become parched or been flooded which in turn leads to famine, land split & fractured by earthquakes, or land ravaged by fire or land that is invaded. occupations.
Landless, ejected, in search of asylu, in search of a land called Home.
Earth that is blighted – humanity wounded. 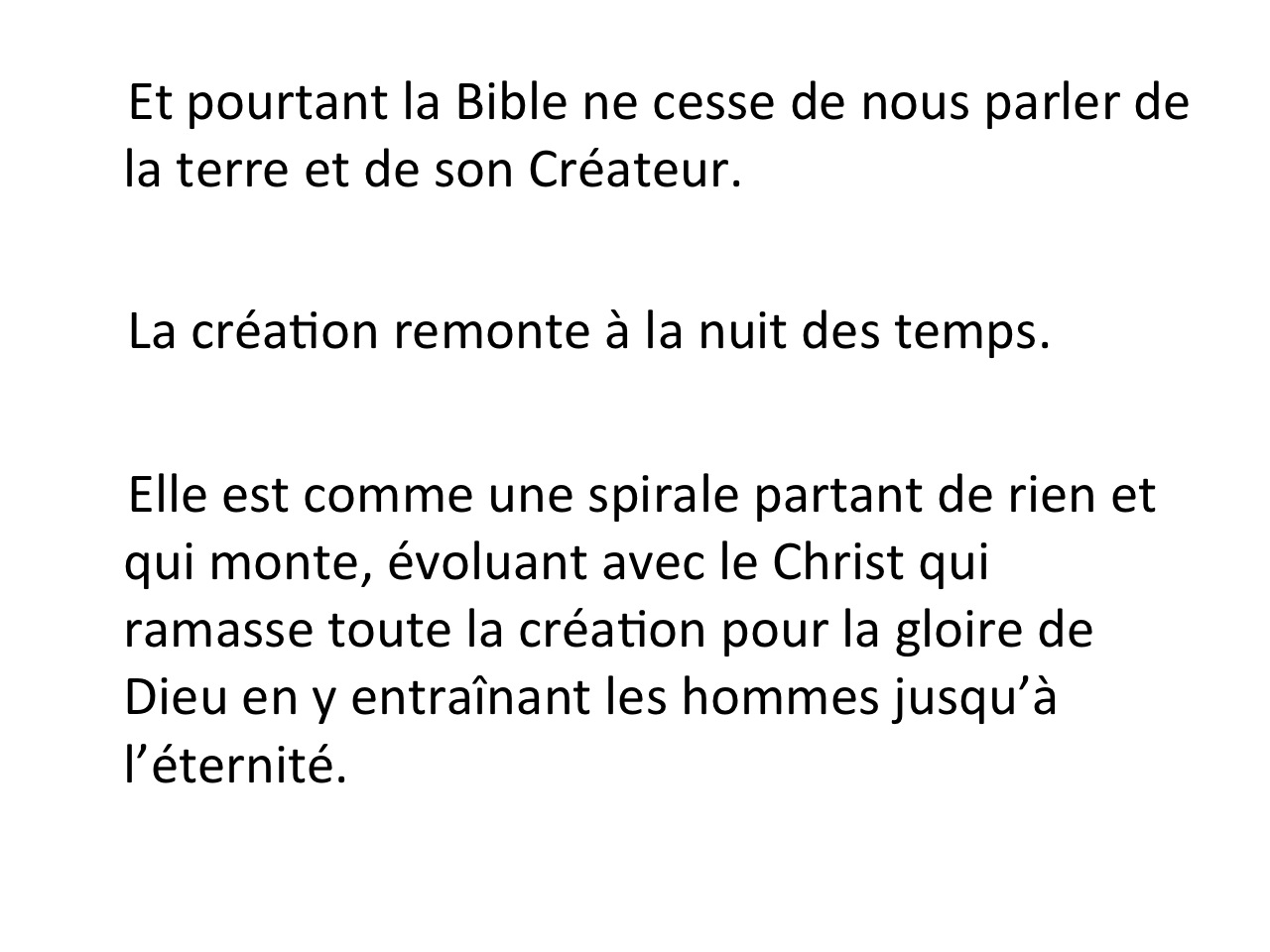 And yet the Bible, time and again, speaks about the earth and its Creator.
Creation goes back to the beginning of time. She’s like a spiral without beginning or end, travelling ever upwards and unfolding in Christ who gathers sll of creation into his body for the glory of God and into him all humanity is being drawn in one continuous & unbroken movement until the end of time. 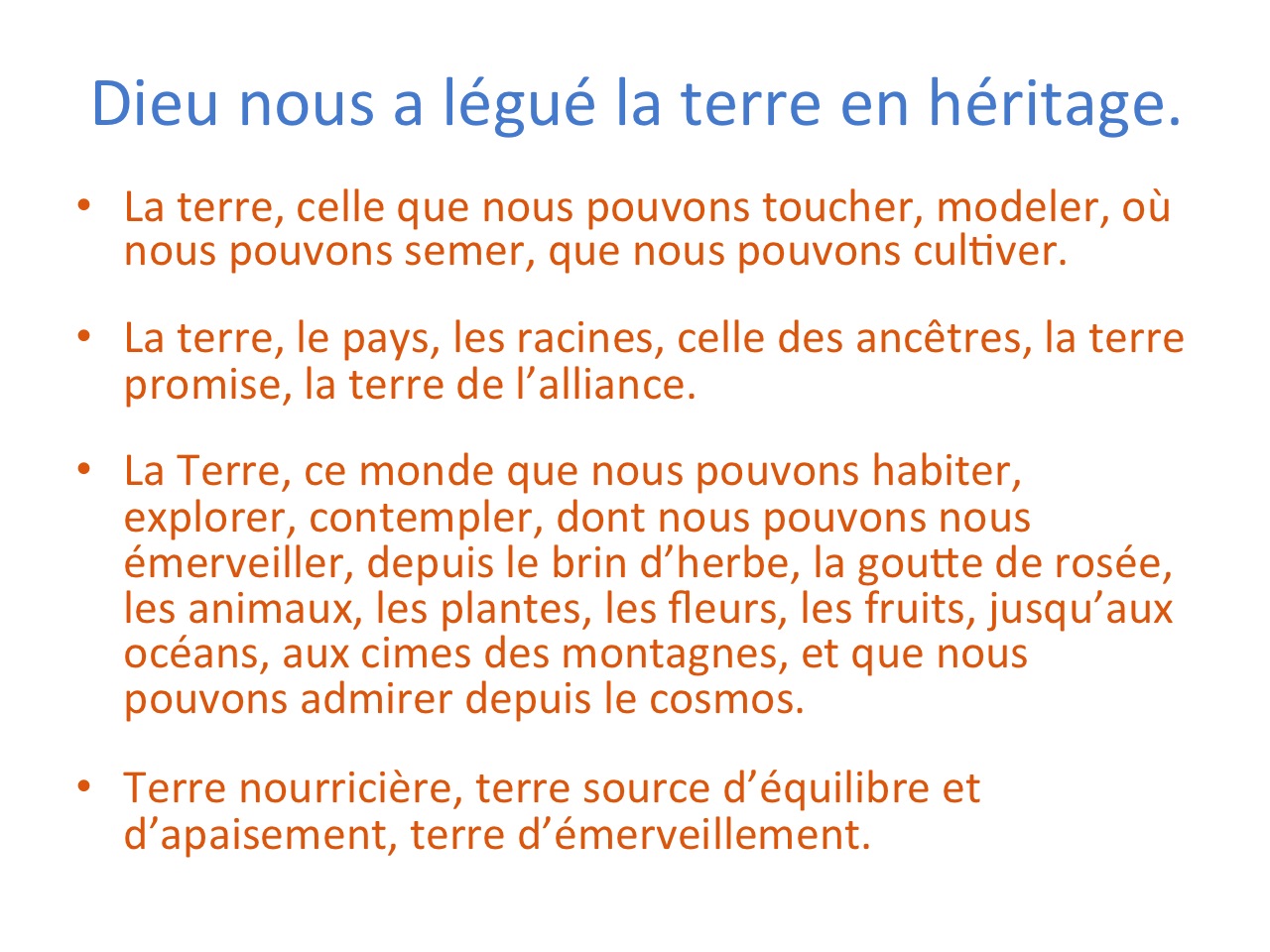 God has entrusted the earth to us. 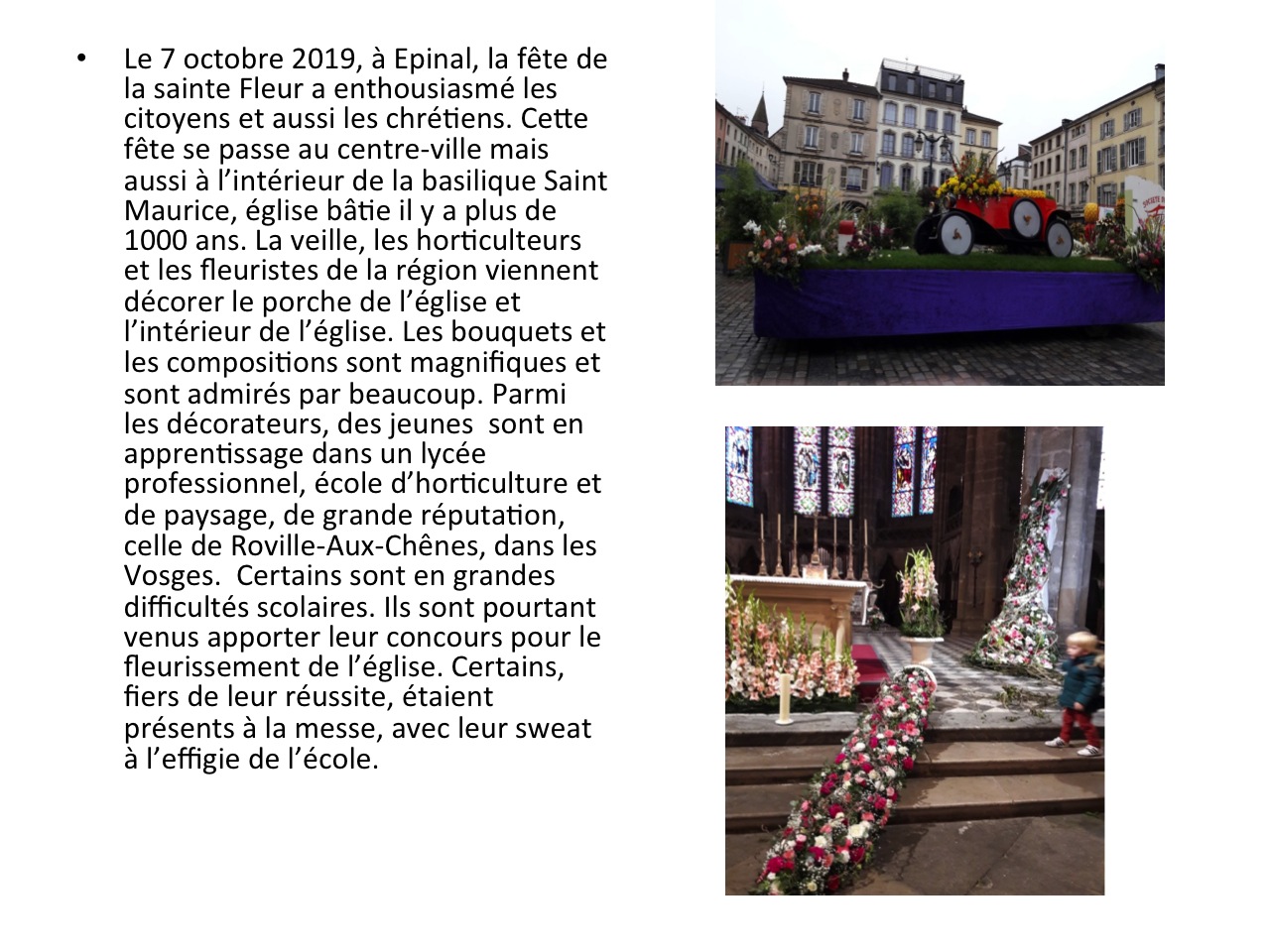 On October 2019 Epinal held the Feast Day ‘la sainte Fleur’. It’s a day which generates a great deal of enthusiasm amongst townsfolk and Christians alike. The festival of Flowers takes place in the city centre as well as in St Maurice’s Basilica. The church was built over 1000 years ago. On the eve of the festival, horticulturalists and florists from the surrounding area arrive to decorate the church porch and its interior. The flower displays are magnificent and much admired. Among those working on the displays are young apprentices from the Horticultural & Agricultural College, Raville-aux-Chenes in the Vosges, a highly esteemed college. A few of the students who particpated have serious problems with their studies. However, they came and contributed their bit to the flower displays and some were so proud of their success that they came to the mass wearing the official college T-shirt! 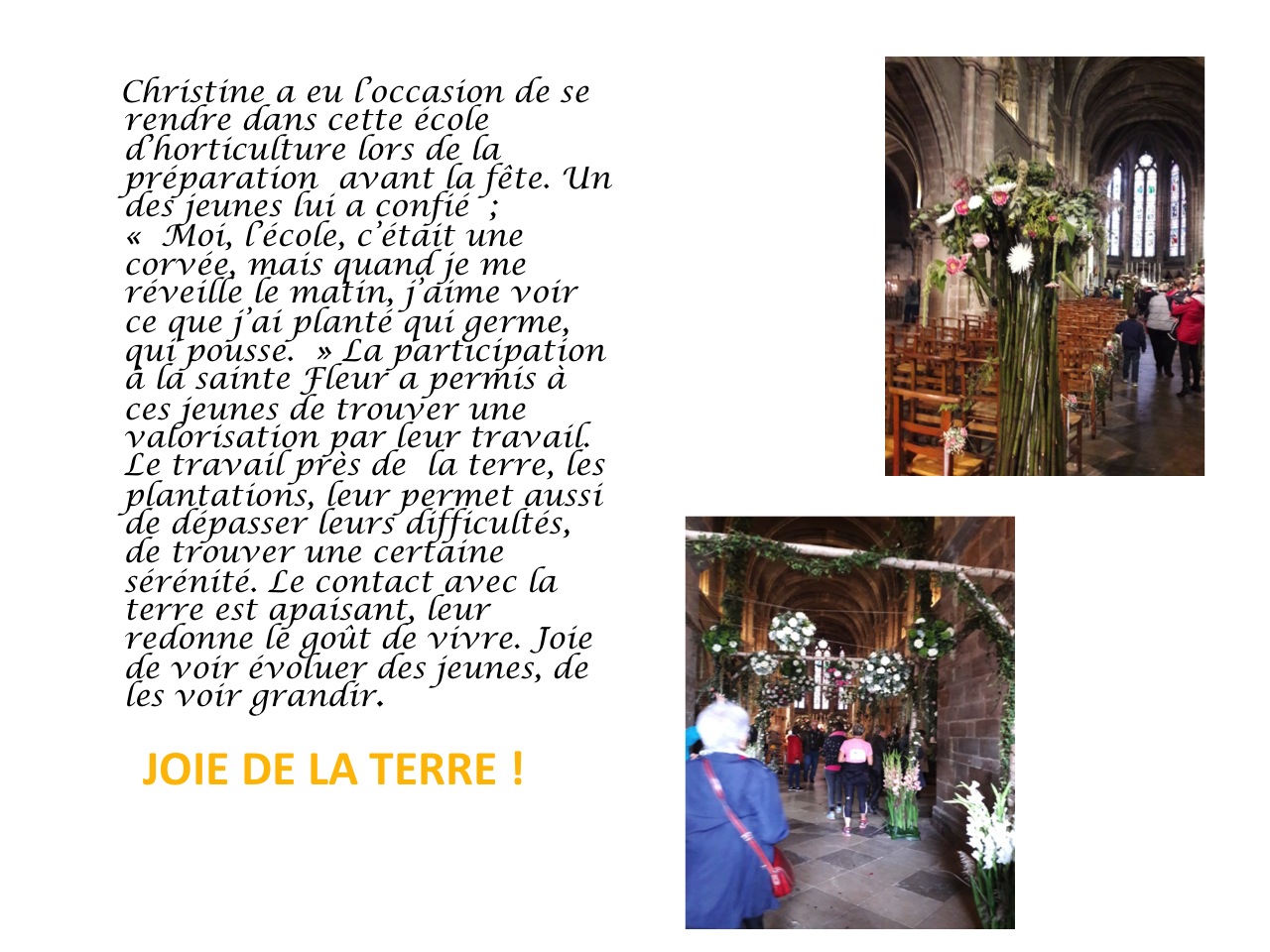 Christine was able to visit the College prior to the preparation of the festival and whilst there one of the students confided in her: “School and me used to be a real bind but now when I wake up in the morning I love to see how the stuff I planted is growing.” Being part of the flower festival and working on it has boosted the young people’s self-esteem. Working close to the earth enables them to overcome their difficulties and find serenity. Being in touch with the earth lowers their stress levels and it is life-giving. It’s a joy to see how these youngsters grow and develop. 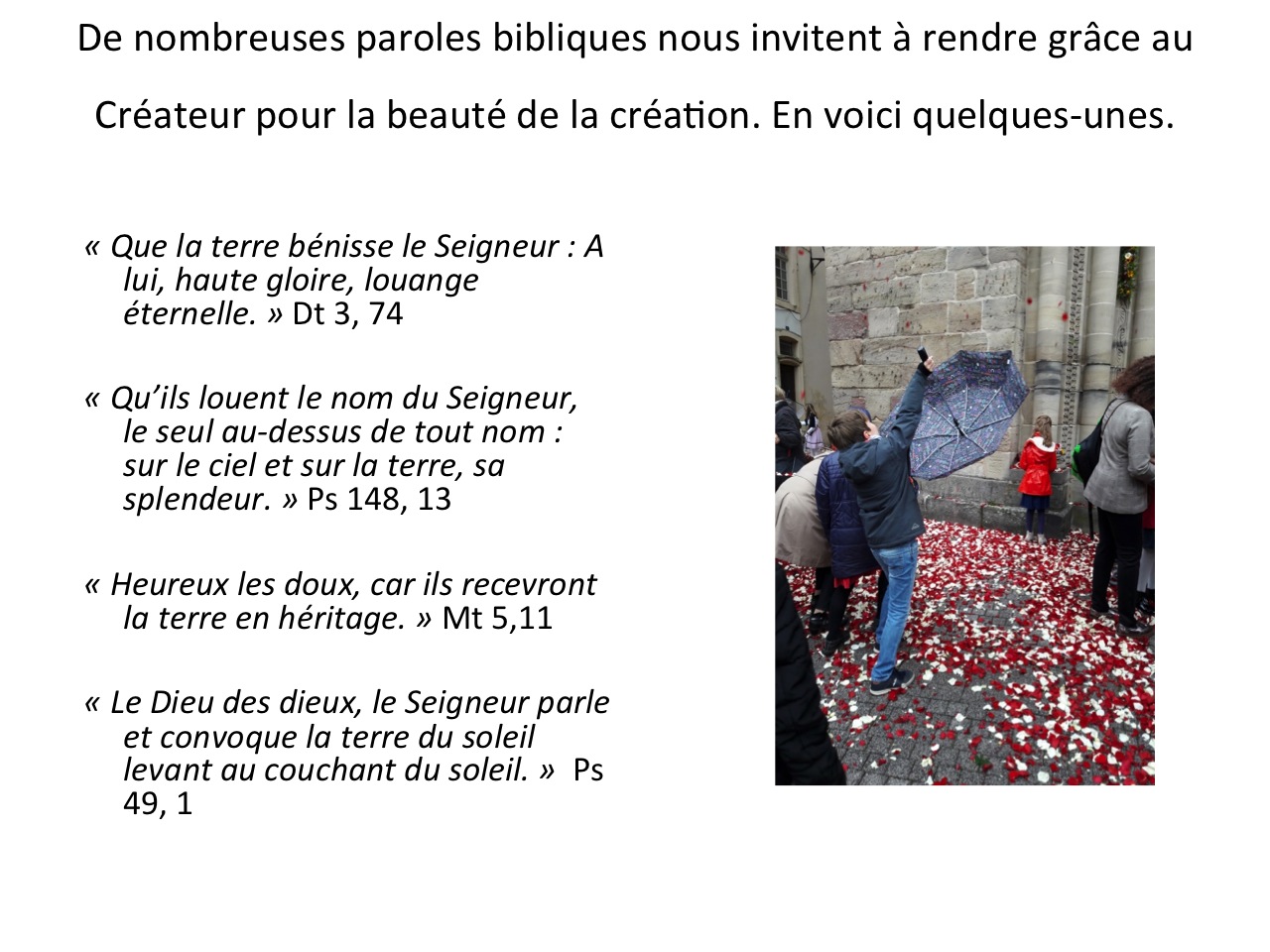 Many biblical passages invite us to give thanks to God for the beauty of Creation. Here are just a few:
‘Let the earth bless the Lord: to him be glory and praise forever.’
‘Let them praise the name of the Lord,
for his name alone is exalted;
his splendour is above the earth and the heavens.’ 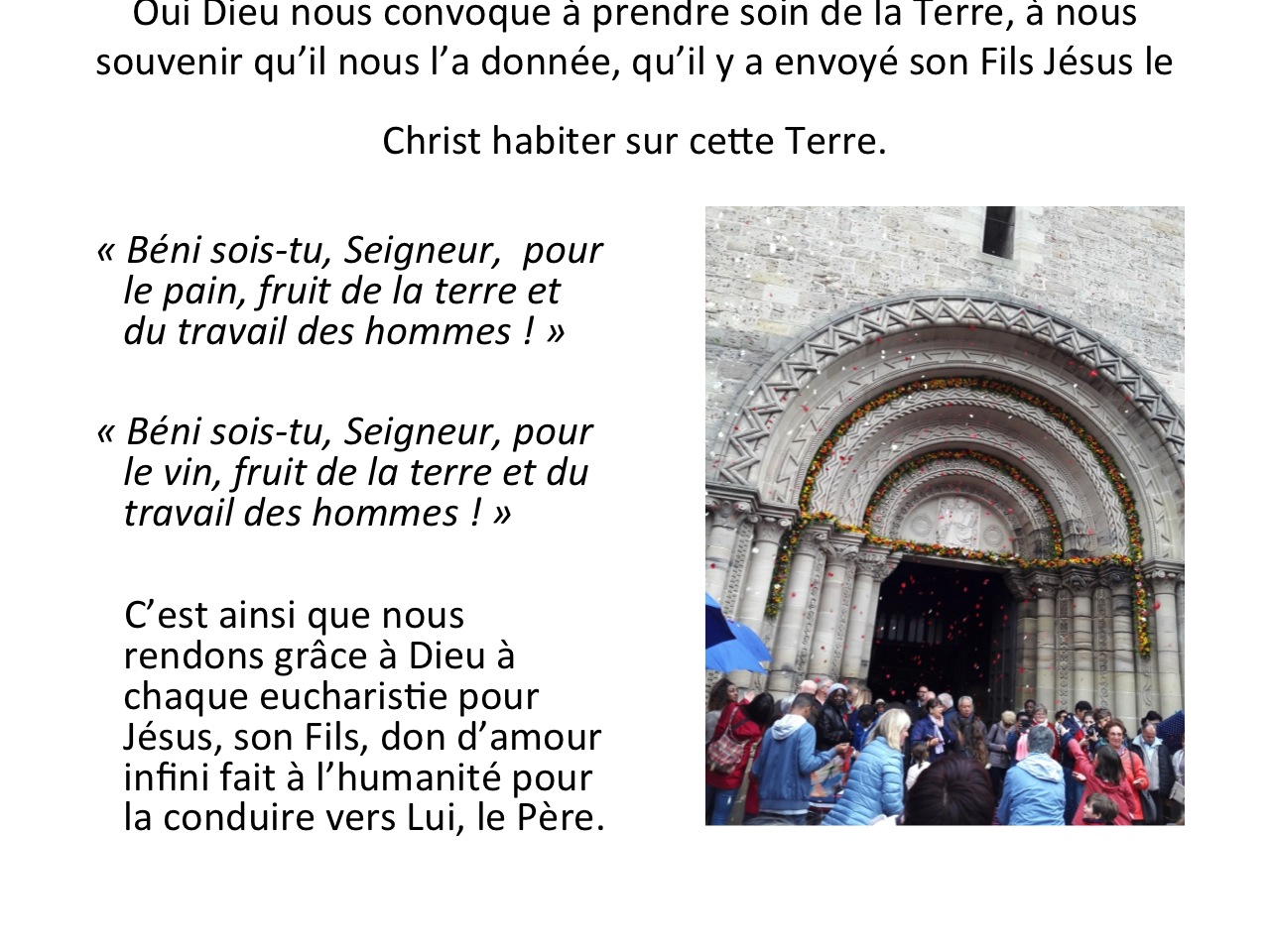 ‘The Mighty One, God, the Lord,
speaks and summons the earth
from the rising of the sun to where it sets.’ Ps. 50 , 1