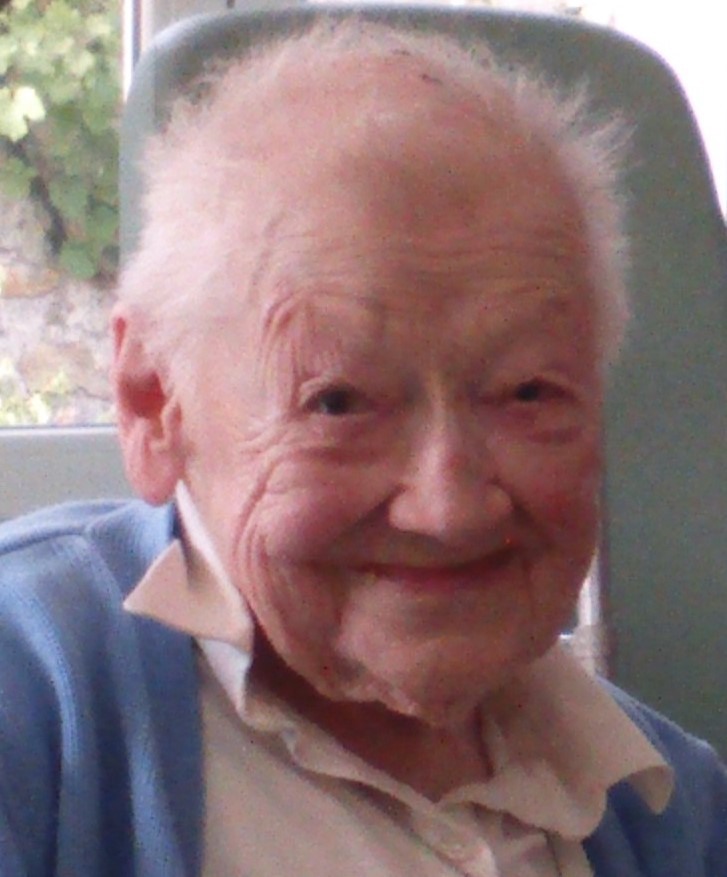 Anne-Marie was born in Honfleur in April 1920, the eldest of a family of 9, 7 of whom were daughters. When the Congregation returned in 1930, she and all her sisters attended the school one after another.

She entered in 1942, did her postulancy at Orbec and then joined the Noviciate at Louveciennes. She made her first vows on 13th December 1944. She spent almost all her teaching life in Normandy, first at Orbec, then Lisieux and ended as headmistress for 12 years at Honfleur, from 1973 to1985. She spent 3 years at Voiron, studying for a degree in English with Latin as a second subject at Grenoble, then went to the rue de Prague in Paris for 5 years from 1968 onwards.

As a postulant, she taught English, French, Latin and even Maths. She took singing, both for the pupils and the Community. She was very sad not to be able to sing in choir during her last years. Nevertheless, she read the word of God with inner strength and conviction.

Her interests went beyond the academic, she loved being in company, playing Scrabble, directing the choir for Vicariate assemblies, celebrating birthdays at Orbec, spending time at Lisieux with 2 Congolese sisters, staying in Rome. And she enjoyed holidays – at Locquirec, and Megève.

She liked travelling, and came to Great Britain, to London, Rise, even Scotland, and to Zalaegerszeg in Hungary, and Pecs in Slovakia.

When she retired she taught catechism, first at Caen where one of her sisters lived and where she made many friends, and then at Lisieux. She joined a fraternity with Sr. Stephane-Marie and Sr. Marie Colette among others. She came back to Paris in 2003 and joined Meudon where she taught English to a young Vietnamese woman, now Mme Beaumatin.

In 2010 Meudon was closed and she moved to Rue de la Chaise, and then asked to go to Brunoy.

She suffered from a serious skin disorder, the staff were amazingly attentive.

Her life was Christ centred and infused with joy.